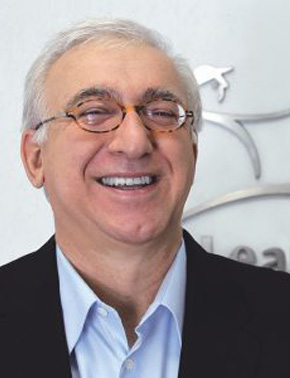 By founding Lean Institute Brasil in 1999 to disseminate the principles and practices of lean thinking to Brazilian companies, Ferro helped catalyze a global movement to establish lean institutes in other countries, which ultimately grew into the Lean Global Network, chartered in 2007.

In the late eighties, he was a visiting scholar in MIT’s International Motor Vehicle Research Program (IMVP), which introduced the term “lean” to describe Toyota’s revolutionary management system. In the nineties, Ferro authored chapters for the Brazilian edition of several books, all published by Editora Campus, Rio de Janeiro: The Machine That Changed the World, A máquina que mudou o mundo, by James Womack, Dan Jones and Daniel Roos, 1992; Collision, Colisão – GM, VW e Toyota, by Maryann Keller, 1994; and Lean Thinking, Mentalidade Enxuta nas empresas, by James Womack and Dan Jones, 1998. Also, he is coauthor of “Brazil: A New Pattern of Industrial Relations” in After Lean Production, coordinated by MacDuffie, Kochan and Lansbury (Cornell University Press, 1998).

Ferro has worked with Autosector, an association of labor, industry, and government that aided the auto industry in Brazil. He has also worked with the National Association of Automotive Manufacturers, the Brazilian Association of Vehicle Importers, the Union of Metallurgy Companies, and the State of Bahia government.

Ferro received PhD and master’s degrees in business administration, Getulio Vargas Foundation, and production engineering from the University of São Paulo in São Carlos. Since 1992, he has been a professor in the economics department at the School of Business Administration at São Paulo, Getulio Vargas Foundation. Ferro has also been a professor at the University of Campinas, Statistics and Computer Science Institute.