Explore Lean Thinking and Practice / A Brief History of Lean

Although there are instances of rigorous process thinking in manufacturing all the way back to the Arsenal in Venice in the 1450s, the first person to truly integrate an entire production process was Henry Ford. At Highland Park, MI, in 1913 he married consistently interchangeable parts with standard work and moving conveyance to create what he called flow production. The public grasped this in the dramatic form of the moving assembly line, but from the standpoint of the manufacturing engineer the breakthroughs actually went much further.

Ford lined up fabrication steps in process sequence wherever possible using special-purpose machines and go/no-go gauges to fabricate and assemble the components going into the vehicle within a few minutes, and deliver perfectly fitting components directly to line-side. This was a truly revolutionary break from the shop practices of the American System that consisted of general-purpose machines grouped by process, which made parts that eventually found their way into finished products after a good bit of tinkering (fitting) in subassembly and final assembly.

The problem with Ford’s system was not the flow: He was able to turn the inventories of the entire company every few days. Rather it was his inability to provide variety. The Model T was not just limited to one color. It was also limited to one specification so that all Model T chassis were essentially identical up through the end of production in 1926. (The customer did have a choice of four or five body styles, a drop-on feature from outside suppliers added at the very end of the production line.) Indeed, it appears that practically every machine in the Ford Motor Company worked on a single part number, and there were essentially no changeovers.

When the world wanted variety, including model cycles shorter than the 19 years for the Model T, Ford seemed to lose his way. Other automakers responded to the need for many models, each with many options, but with production systems whose design and fabrication steps regressed toward process areas with much longer throughput times. Over time they populated their fabrication shops with larger and larger machines that ran faster and faster, apparently lowering costs per process step, but continually increasing throughput times and inventories except in the rare case—like engine machining lines—where all of the process steps could be linked and automated. Even worse, the time lags between process steps and the complex part routings required ever more sophisticated information management systems culminating in computerized Materials Requirements Planning(MRP) systems .

As Kiichiro Toyoda, Taiichi Ohno, and others at Toyota looked at this situation in the 1930s, and more intensely just after World War II, it occurred to them that a series of simple innovations might make it more possible to provide both continuity in process flow and a wide variety in product offerings. They therefore revisited Ford’s original thinking, and invented the Toyota Production System.

This system in essence shifted the focus of the manufacturing engineer from individual machines and their utilization, to the flow of the product through the total process. Toyota concluded that by right-sizing machines for the actual volume needed, introducing self-monitoring machines to ensure quality, lining the machines up in process sequence, pioneering quick setups so each machine could make small volumes of many part numbers, and having each process step notify the previous step of its current needs for materials, it would be possible to obtain low cost, high variety, high quality, and very rapid throughput times to respond to changing customer desires. Also, information management could be made much simpler and more accurate.

As these words are written, Toyota, the leading lean exemplar in the world, stands poised to become the largest automaker in the world in terms of overall sales. Its dominant success in everything from rising sales and market shares in every global market, not to mention a clear lead in hybrid technology, stands as the strongest proof of the power of lean enterprise.

This continued success has over the past two decades created an enormous demand for greater knowledge about lean thinking. There are literally hundreds of books and papers, not to mention thousands of media articles exploring the subject, and numerous other resources available to this growing audience.

As lean thinking continues to spread to every country in the world, leaders are also adapting the tools and principles beyond manufacturing, to logistics and distribution, services, retail, healthcare, construction, maintenance, and even government. Indeed, lean consciousness and methods are only beginning to take root among senior managers and leaders in all sectors today. Learn more about lean thinking.

A Lean Walk Through History

Highlighting 100 Years of Innovation in the Work 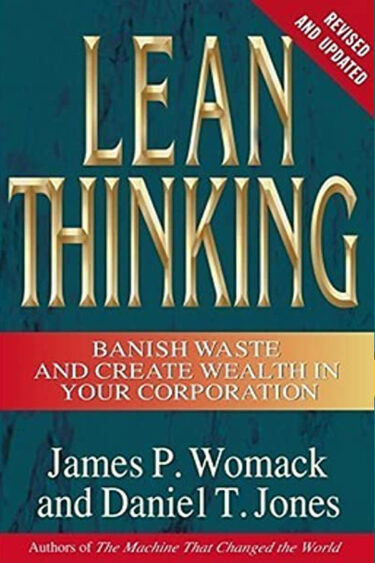 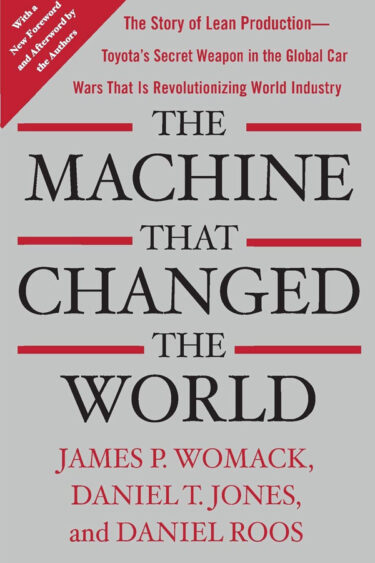 The Machine That Changed the World