Over the past few years as I see lean everywhere, I have begun thinking about some of the cultural similarities between lean thinking and my Anabaptist Mennonite background. My ancestors were rebels, heretics and questioners. Back when the movement began in the 1500s, my great (7x) great grandfather Melchior Brenneman was imprisoned in a tower near Bern, Switzerland for spreading Anabaptist ideas and worshiping with others who thought about spirituality in a similar way. Their minds had been stretched by a new idea and they just couldn’t go back. He was released after four months with a dire warning and he escaped to Germany with his wife and six children. A few years later he and his children moved to America to experience religious freedom.

Anabaptists were Swiss, German and Dutch. They had discovered a new way to think. Seeing their friends, neighbors and family whom they made these new discoveries with were being martyred, imprisoned and persecuted. Their beliefs became a way of life out of the trauma of persecution. Out of this new thinking grew a strong set of values, like community over individual, thriftiness over sloppiness, doing more with less, honing of skills through seeking out the knowledge of others. I would say that I was taught at a very young age to question the status quo. There has to be more to a subject than what appears on the surface. Let’s find out what that might be.

Here is a good example. The More With Less Cookbook is in 99.9% of all Mennonite homes regardless of income level. I was frustrated last year as I struggled to follow a complicated recipe in a fancy cookbook. I had to read and reread the instructions multiple times just to do simple things. The instructions were buried in a long paragraph of confusing important steps and ingredient lists. 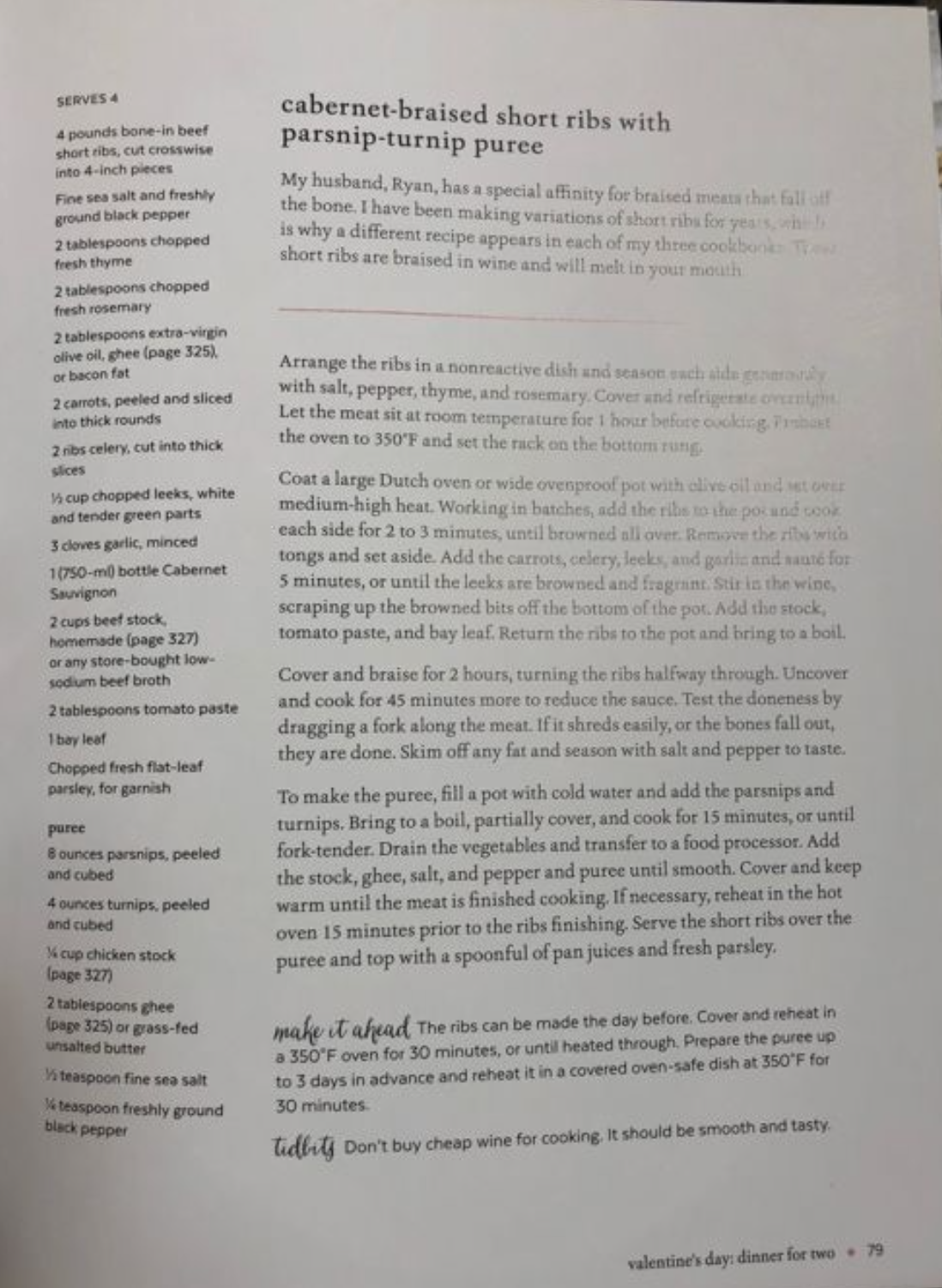 What the @$#%$ am I supposed to do next? I started talking to my wife who published a food magazine at the time, about printing recipes in a TWI Job Breakdown format like this: 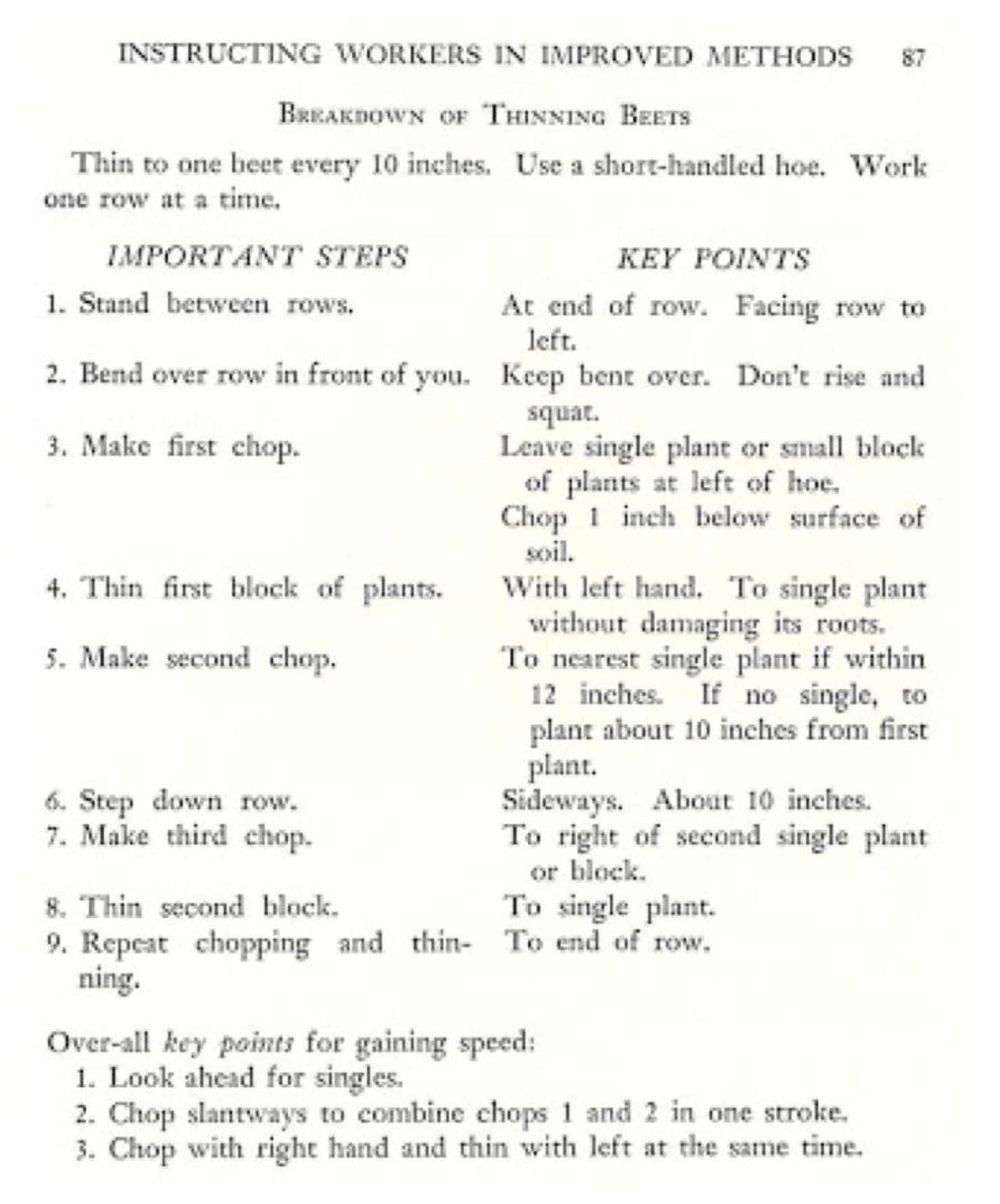 She didn’t seem very interested at the time but soon after that I opened several Mennonite cookbooks to discover that someone back in the 70s had already thought of that.

Here is a page with 2 recipes on it: 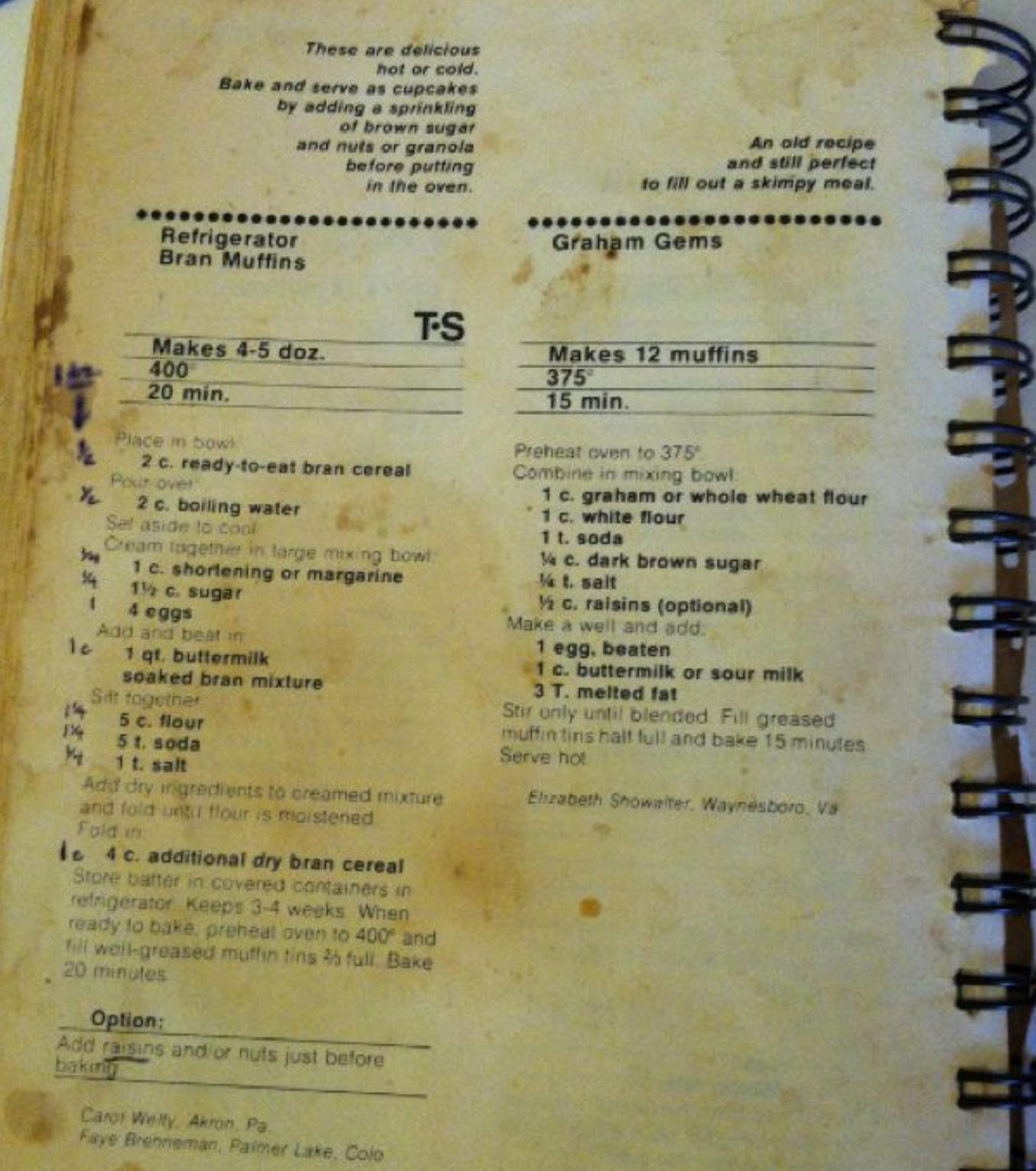 Look at how simply it’s laid out. Ingredients in bold and in order as they are used with simple important steps just above them. Its stained and dirty because this cookbook gets used. Most of the ones I’ve ever seen look like this. Our mothers and grandmothers (never fathers and grandfathers) used these recipe books religiously.

Here is a picture from a more recent Mennonite cookbook called Simply in Season: 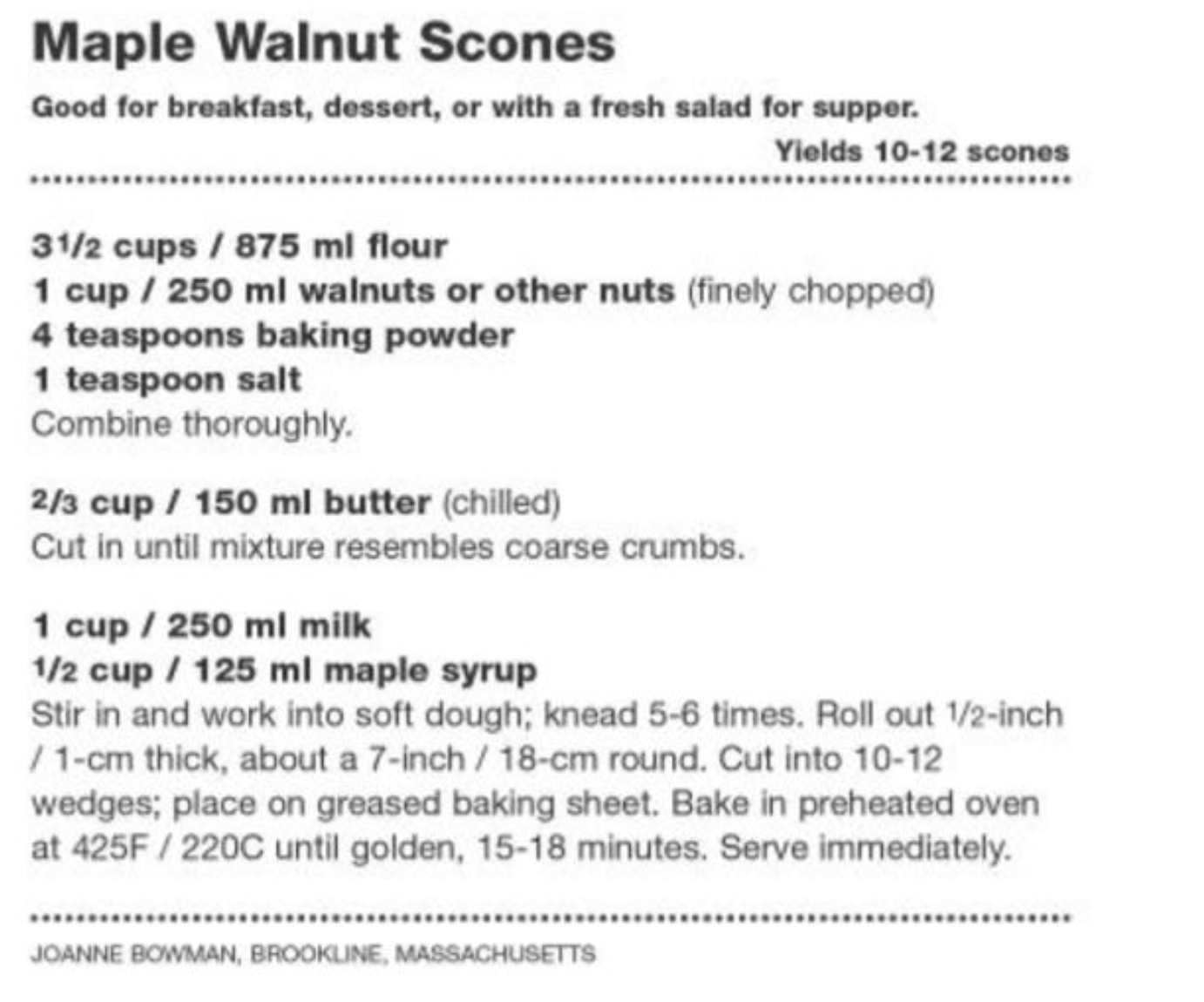 Notice the same thing. Easy to read and follow along. It feels like the publishers were trying to make it easier to cook for those without as much experience and help those people to learn more quickly.

Another idea that I was raised with was to have a curiosity about things to find a better way. Be organized, thorough so that you can be free to find a better way. Stick with principles but be open to change if there is a better way that doesn’t conflict with spiritual principles. Then share that with others to benefit the community around you. Being open to others and sensitive to the needs of others. How am I affecting them? How am I using my God given talents to help others? These are the principles that I grew up with as many of you did as well. When I found lean, I embraced it fully and completely. It felt like a natural way to think to me. I knew that I had missed some important elements in my business and was open to change through humility and curiosity. I was taught to question the status quo, especially if I sensed that “that’s just the way it’s always been.”

We see work as a calling for ourselves but our employees also.

Steve Brenneman is the Founder of the Aluminum Trailer Company, based in Nappanee, Indiana. He currently works there as a Lean Coach.