Store / Books / On the Mend

by Roger Gerard and John Toussaint

Lean healthcare does not mean less care. On the Mend shows that when care is truly re-designed around patients, waste and errors are eliminated, quality improves, costs come down, and healthcare professionals have more time to spend with patients, who get even better care.

Part case study, part manifesto, this groundbreaking new book by a doctor and a healthcare executive uses real-life anecdotes and the logic of lean thinking to make a convincing argument that a revolutionary new kind of healthcare — lean healthcare — is urgently needed and eminently doable.

How lean techniques of value-stream-mapping and rapid improvement events cut the average “door-to-balloon” time for heart attack patients at two hospitals from 90 minutes to 37. In On the Mend: Revolutionizing Healthcare to Save Lives and Transform the Industry John Toussaint, MD, former CEO of ThedaCare, and Roger A. Gerard, PhD, its chief learning officer, candidly describe the triumphs and stumbles of a seven-year journey to lean healthcare, an effort that continues today and that has slashed medical errors, improved patient outcomes, raised staff morale, and saved $27 million dollars in costs without layoffs. Find out:

Toussaint and Gerard prove that lean healthcare does not mean less care. On the Mend shows that when care is truly re-designed around patients, waste and errors are eliminated, quality improves, costs come down, and healthcare professionals have more time to spend with patients, who get even better care.

John is an Internist, former healthcare CEO, and is one of the foremost figures in the adoption of organizational excellence principles in healthcare. He founded Catalysis a nonprofit education institute in 2008.  Catalysis has launched peer-to-peer learning networks, developed in-depth workshops, and created many products – including books, DVDs, and webinars.

In addition, Catalysis was a founding member of the Center for Lean Engagement and Research (CLEAR) at U.C. Berkeley. Catalysis sponsors the Lean Healthcare Transformation Summit each year – both in the U.S. and in Europe. The Catalysis team has built C-suite coaching capability and partners with many organizations throughout the world advancing healthcare value by supporting teams that are transforming healthcare delivery.

He was the founding chair of the Wisconsin Collaborative for Healthcare Quality and of the Wisconsin Health Information Organization, as well as the non-executive leader of the Partnership for Healthcare Payment Reform in Wisconsin. He has participated in Institute of Medicine subcommittees and has directly worked with CMS leaders to broaden their understanding of lean for government.

Dr. Toussaint’s healthcare improvement work has been well documented in articles published in Mayo Clinic Proceedings, Health Affairs, The Journal of Patient Safety, The Journal of Healthcare Management, Healthcare: The Journal of Delivery Science and Innovation, Harvard Business Review and Frontiers in Health Services Management. His work on payment reform and the transparency of provider performance data has been featured in The American Journal of Managed Care, The Journal of the American Medical Association, Health Affairs, and the Commonwealth Fund publications.  News publications such as TIME, The Wall Street Journal, the CNBC Blog, The Milwaukee Journal Sentinel, and Healthcare Finance News have featured articles about Dr. Toussaint’s work.

Dr. Toussaint has been recognized for his work in transforming healthcare by organizations including The Business Healthcare Group of Wisconsin, which awarded him the “Driving Meaningful Change” award in 2014, The Association of Manufacturing Excellence (AME), which inducted him into its 2012 Hall of Fame, and the Jon M. Huntsman School of Business at Utah State University, which hosts the Shingo Prize for Organizational Excellence. Dr. Toussaint was named a lifetime member of the Shingo Academy in 2011. Wisconsin Governor Jim Doyle also honored Dr. Toussaint with a Certificate of Commendation for Innovation from the State of Wisconsin in 2005. Dr. Toussaint is also the winner of ACHE’s 2014 Dean Conley Award for his article “A Management, Leadership and Board Road Map to Transforming Care for Patients,” published in the Spring 2013 issue of Frontiers of Health Services Management. He is also the recipient of the 2018 Cornell College Leadership and Service Award.

Dr. Toussaint has been a featured speaker at the Association for Manufacturing Excellence, The Agency for Healthcare Research and Quality, the Center for Medicare and Medicaid Services, The Shingo Prize, The Lean Enterprise Institute, the Institute for Healthcare Improvement, and many international conferences. He has presented extensively to legislators, Medicare leaders, and government staff on the topic of healthcare value.

Dr. Toussaint has written three books all of which have received the prestigious Shingo Research and Publication Award. His groundbreaking first book, On the Mend: Revolutionizing Healthcare to Save Lives and Transform the Industry reveals how healthcare can be fundamentally improved at the point of delivery using the proven principles of enterprise excellence. His second book, Potent Medicine: The Collaborative Cure for Healthcare, describes the three core elements necessary to transform healthcare and deliver better value; delivery of care designed around the patient; transparency of treatment quality and cost; and payment for outcomes. His third book, Management on the Mend: The Executive Guide to System Transformation is a study of eleven organizations and the successful attempts to apply enterprise excellence principles in healthcare. 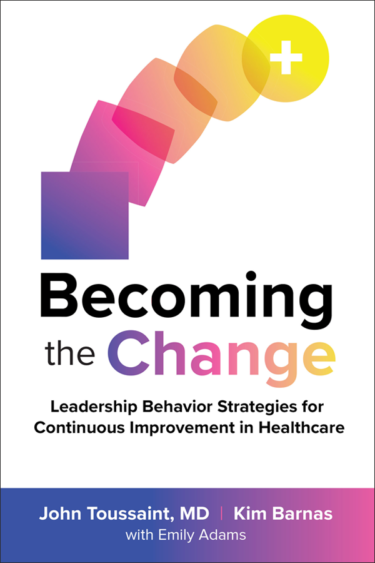 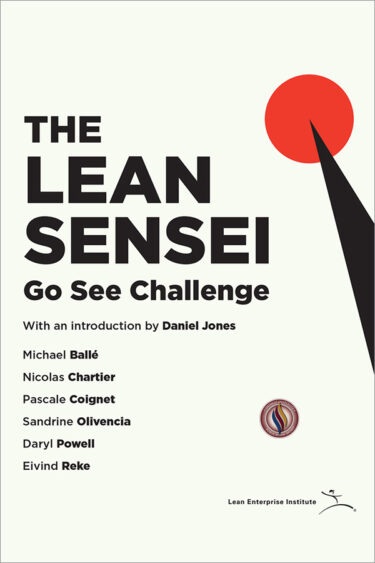 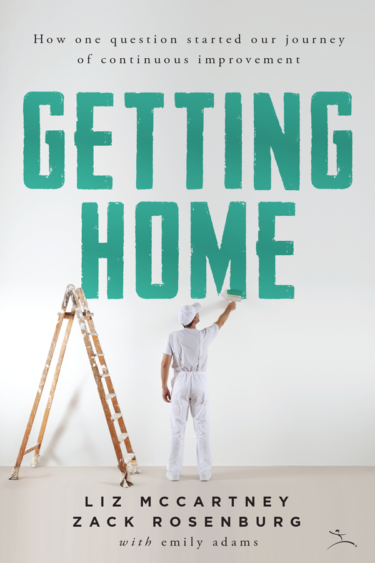 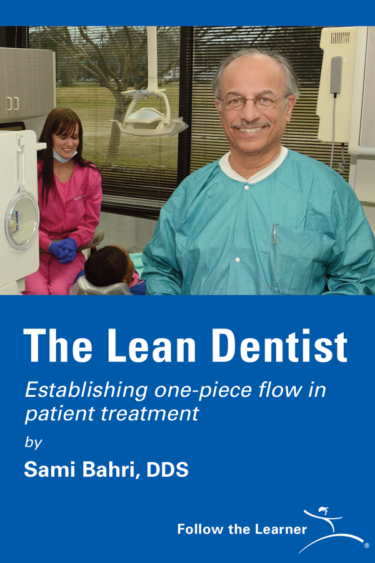 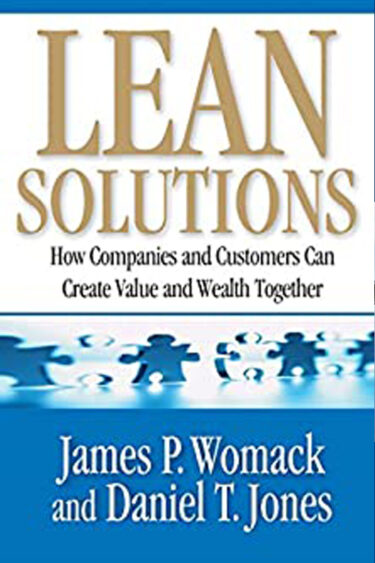 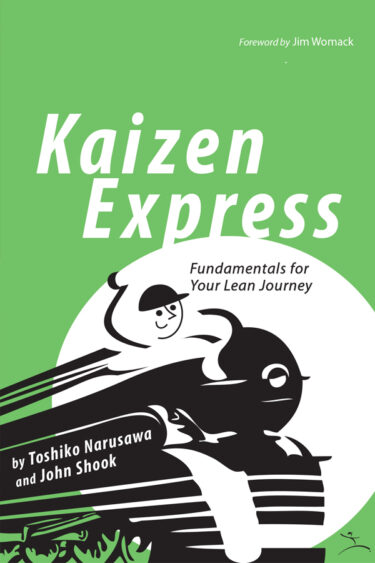 by Toshiko Narusawa and John Shook 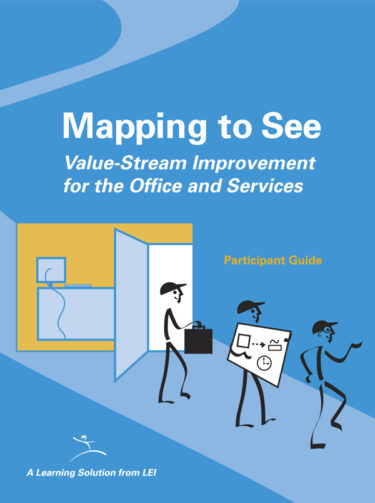 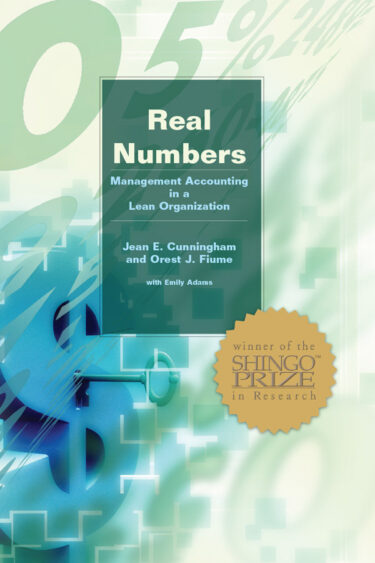