The Cleveland Clinic is building upon years of project-focused improvement efforts to create a system-wide culture of improvement in a healthcare system that employs 66,000 caregivers in 17 locations.

In this interview with LEI’s Chet Marchwinski, Lisa Yerian, MD, medical director of continuous improvement at the Clinic, talks about:

Q: Cleveland Clinic established a formal continuous improvement department in 2006, had a lot of success with improving patient experiences, quality, and costs, but something was missing. What was that?

Dr. Yerian: About seven years after we started that program, we began to realize that although we were seeing results, there were some real limitations that we needed to address. There were never going to be enough continuous improvement experts to solve all the problems we were facing and to really drive enough improvement to deliver the safe, high-quality, compassionate care that we aspire to.

We also saw problems with sustainability of the solutions that have been implemented in ownership by the team. Fundamentally though, I think the biggest problem was that the team was not left with the capability to solve the next problem that they would face. We know that there are always going to be more problems.

Q:  So, the team was able to create these successful islands of improvement, but how did you go about spreading involvement and connecting these islands?

Dr. Yerian: Most of the connections happened organically. When, over time, we had enough teams engaged, it was inevitable that eventually these teams would connect to each other through their own work or their improvement activities.

I think one thing that we did early on that really fostered connectedness and collaboration was that we were very standardized in our approach. We use standard terminology. We use standard tools so that when somebody in one model area met another person, they were speaking the same language and could begin to connect very quickly.

Q: You use the model line approach in this deployment. Tell viewers how it works.

Dr. Yerian: The initial model line, or we called it model area, was really a model for building the culture that we were seeking at the Cleveland Clinic. We called that a model area because we very much intended to use it as a place to learn, do experiments, get feedback, and then really showcase what the culture looked like and felt like to other people in the organization. It was a little bit different from a traditional model line that some people implement.

Our first one was in finance, and we were able to bring people to see and experience the culture, and many leaders from around the Cleveland Clinic were willing to come visit the area and, I think, were very excited, not just by the results but by the level of enthusiasm and the caregivers. It was really that model that made them ask for more. Every time we went to work in a new area, we continued to use the terminology “model area” because that’s what we had called the very first one.

Q: What were some of the results in finance and elsewhere that you had?

Dr. Yerian: Since 2014, the work that my team has been involved in has generated $214 million worth of impact. There’s a lot of waste that’s been eliminated, a lot of capacity that’s opened up to enable us to really serve more patients, which is what we’re all about.

We’ve also seen some major improvements in quality and patient safety. A couple of my favorites are in the hemodialysis laboratory. In that area, the team identified a problem of patients having cardiac arrests while they’re in the unit undergoing dialysis. The team filled out a Kaizen card, did a root cause analysis and put into place a standard that reduced the number of cardiac arrests by 83%, which is pretty dramatic.

If you think about it, a cardiac arrest isn’t just bad for the patients. That’s a terrible thing to happen for the caregiver, so you can see how the benefits of this work really are better for patients but also better for caregivers and overall much better for the organization.

Dr. Yerian: I’d say we’re still tackling it. We have 66,000 caregivers across the United States, mostly in Ohio, Florida, Canada, Las Vegas, Abu Dhabi and even now in London. We’ve worked with about 15,000 through model areas. We’ve also engaged a large number through implementing a system of tiered daily huddles, which we built last year across 17 hospitals and over 200 outpatient facilities.

We think that the system touches about 25,000 caregivers every day. We continue to work on the model area approach, but we’re also implementing broader systems that we hope we can use to engage even more caregivers and improve much more quickly like the tiered daily huddles.

Q: How about you personally as a leader and a manager? Did you have to change the way you lead and manage during this transformation?

Dr. Yerian: I think I’ve changed tremendously over the last six or seven years. Probably one of the most basic things was to develop my own problem-solving capabilities. I learned a lot by working with teams, by seeing how teams were working. I learned a tremendous amount from my own continuous improvement team.

I think that was really core to enabling me to be a much more effective coach. I find myself, even in my other work, asking coaching questions around data and cause and how do we build an effective case for change and really having the confidence and understanding of effective problem solving so that I can leverage it more effectively in all realms of my work.

Check out these stories and other resources in our Knowledge Center to start and sustain your lean transformation: 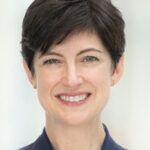 Since joining the organization in 2004, Lisa has held several pathology and health system leadership positions. In her role as chief improvement officer, Lisa leads a team of improvement professionals who build an improvement culture and drive strategic improvements for patients and caregivers across Cleveland Clinic. Under her leadership, the…

This blog does a great job of explaining the process of continuous improvement. It shows that not only is this possible at the biggest of companies, but is also very successful. On top of the extra generated revenue, there are eliminated wastes and more capacity available for the team, creating a repeating loop of continuous improvement. This blog also shows that no matter the situation, all companies and issues are different, and there is no single solution that can be said for all companies looking to implement these processes. All situations and problems are different, and one of the most important parts of being a leader is being able to adapt and implement successful solutions. A question I have is how long did the sustainability of these solutions last? Was it weeks, months, or years until limitations started being noticed, and how obvious were these limitations?