I’ve met a lot of people on the lean journey who want to learn how to coach effectively within Takt Time. Takt Time is more than just a calculation. It’s a core operating principle to avoid the high costs of overproduction and its associated wastes. The following example is from a real life event at NUMMI back in 1993. This is how those courageous front line leaders make Takt Time useful every day.

Rick is team leader of team 4 (6 people) on the Truck Frame Line. He has many responsibilities, however, among them is providing relief within the Fixed Position Stop zone (basically the time it takes a frame to enter and exit a worker’s area of responsibility). A unit passes through the FPS every 90 seconds or at what we call Takt time. During a typical shift Rick responds to calls for help on all his teams jobs many times (over 100 times a shift). People need help with part delivery, tools, defects that come to them, or problems that encounter themselves. He also checks torque levels of work done for quality and safety.

Rick is a leader not only by title, but through experience of effectively handling problems on the fly. He decides how to solve many of the problems that come to him within takt time- like fixing a damaged bolt anchor and running another bolt, taking off a wrong part and replacing it with a good one, replacing tools, delivering small parts near the operator as they run out. He knows he is not there to simply fix problems for people, but to teach them new habits that help them avoid defect-producing activity. Alas he is a teacher.

Rick has several methods of teaching people. Coming from the line himself, and knowing the work intricately itself, he understands that just telling someone this or that verbally does not usually ground a new understanding or build a good habit.

Many times while helping his people “get out of the hole” (when they’re behind takt time, catching up) he will complete the remaining portion of the job himself if there is time and ask the person he’s working with to watch his hands as he does the work. Sometimes he will do the rest of the job and have the person redo just that area where they made a mistake. They will concentrate on the area where they damaged a part or forgot to include something.

Rick realizes that writing Standardized Work sheets, initially teaching a job, and giving instruction on how and when to pull an Andon cord is just gets people out of the starting gate. Doing work with full attention and being willing to be coached on where you have/need growth potential is necessary for a true learning to occur. Rick learns from his people as well, then leverages that experience in order to become a better coach.

Case in point. Vince (a new team member) is loading gas tanks into the truck frame and securing them with a torque gun and fail safe monitor to verify said torque. Vince then adds a tank shield with a regular air gun. The work is about 75 seconds of the Takt Time (90 sec) with the remainder going to part and tool selection with some walk. Vince struggles to keep up and falls behind on every 10 jobs (he has about 30 plus cord pulls a shift).

Rick observes Vince’s physical motion as he does the job. The “behind condition” is caused when Vince initially grasps the tools—how he orients them toward the bolt holes while over the frame. There are 12 bolt tightening tasks, so extra motion in such a short Takt time creates a severe time loss. He also notices Vince placing his feet at an odd position on the floor, which in-turn affects his body position to shoot a good bolt torque—Vince has to redo many bolt shots to make a good torque.

Rick does the job several times himself showing Vince the correct standard position of the torque gun to the bolt hole location, and how his hand should move the tool. He has Vince try this himself for several jobs. Then Rick shows Vince how to place his feet (for his tall body) closer to the frame and in a good posture angle to make running the bolts effortless, maintaining quality. Vince repeats what Rick demonstrates. Rick did not say, “Hey you’re doing this wrong,” or just tell Vince “Do it this way.” What Rick did do is carefully study the cause of the “getting behind” or “losing time” effect. Then he asked Vince to observe how the Work could be done easier and with better quality. Vince now can go home with half the stress on his body and mind. As for Rick, he gets a break from all the repairs and the line has less downtime.

What’s the key idea here? A leader leads by doing, not just saying something. And when a leader does need to say something (about the Work), he finds several ways to communicate a message so the receiver can make it his or her own via application. 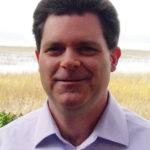 Jeff has 22 years of Toyota Production System experience gained through his work at NUMMI as a Supervisor of Truck Frame & Chassis Lines, Labor Relations Representative, and with the TPS internal Kaizen Group. Jeff also had a multiyear assignment with the Toyota Supplier Support Center. After resigning from Toyota,…