The Lean Post / Articles / How Lean Helps During Economic Downturns: Lessons from the Past

Our collective focus now is primarily on keeping everyone healthy. But the economic pain that people feel is also real. And it will grow. Probably immensely. The lean community has plenty of experience with economic downturns, from the genesis of the Toyota Production System (TPS) in the 1950s to the Great Recession of 2008.

On the heels of that recession, John Shook delivered a keynote address to the 2009 IndustryWeek Best Plants Conference in Nashville, TN. Posted on IndustryWeek’s YouTube channel, the 69-minute presentation has become a lean classic serving as primer, refresher, and masterclass for 190,000 viewers.

In April 2009, the global economy was still emerging from the Great Recession and, as often happens during economic downturns, many companies were still in retreat mode, afraid to invest, conservatively watching and waiting to see what would happen. This stance is understandable, as well as often unavoidable. But downturns are also where great companies, truly lean enterprises, make strides to separate themselves from the pack.

As John observes in this keynote presentation, economic downturns separate the wheat from the chafe, the weak from the strong. The strong get stronger, the weak die.

In this video, John retells a quick history lesson about the birth of Toyota’s powerful way of working as it emerged
from its exigent crisis of the 1950s. The video’s relevant part starts at the 7:15-minute mark and ends at the 12:00-minute mark.

Here are the slides of that five minute portion and the concluding slide of the one-hour presentation. 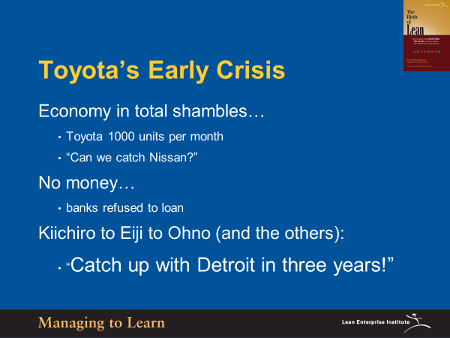 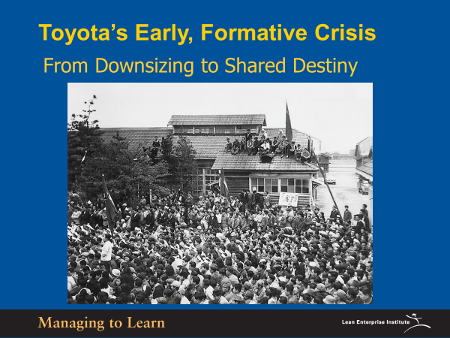 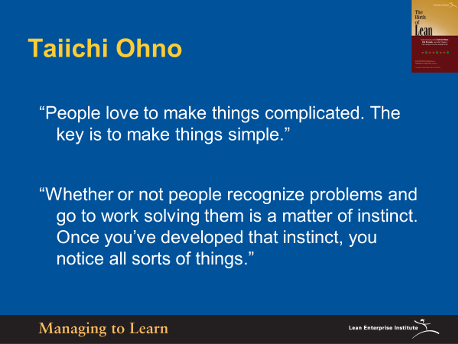 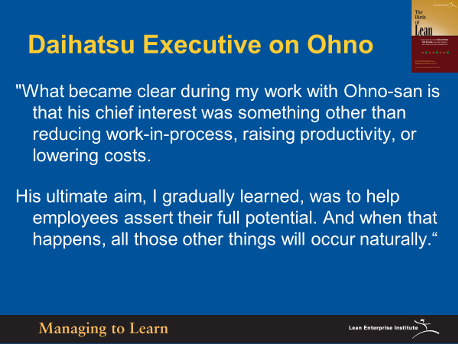 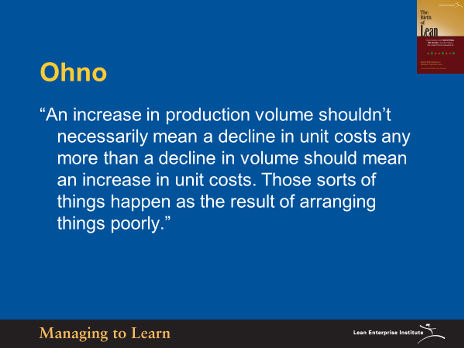 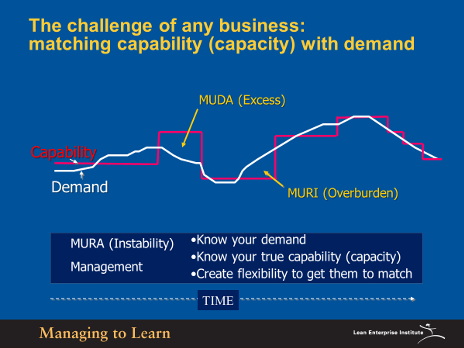 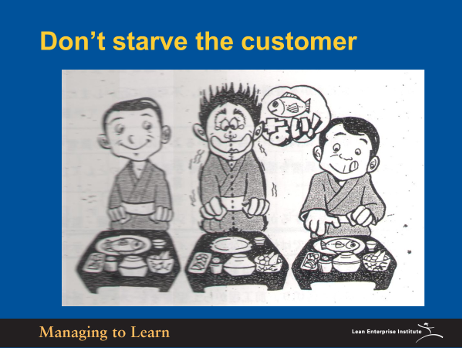 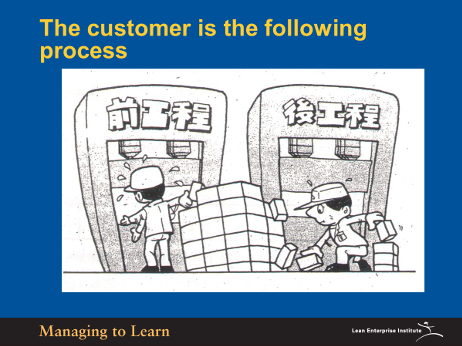 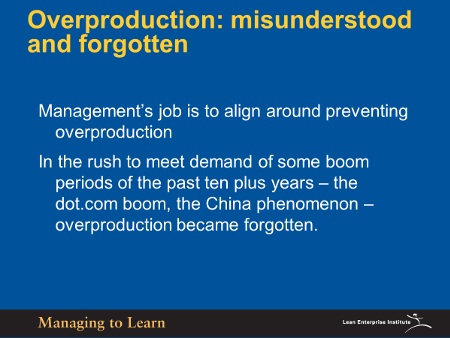 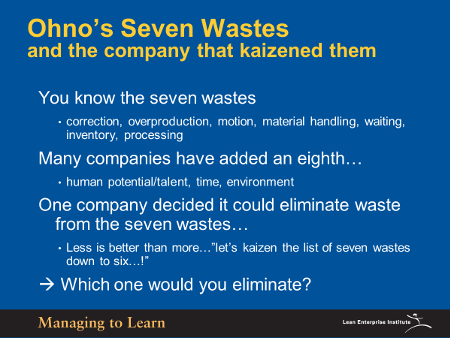 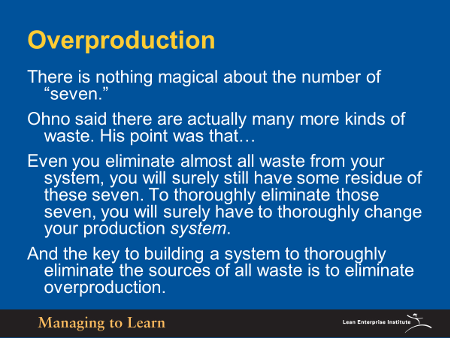 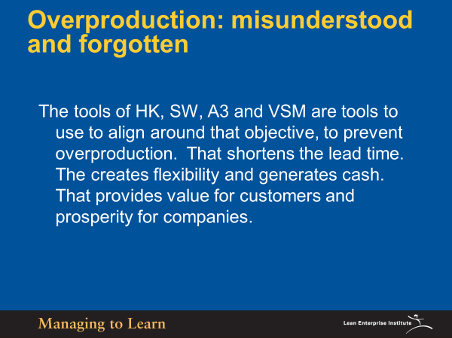 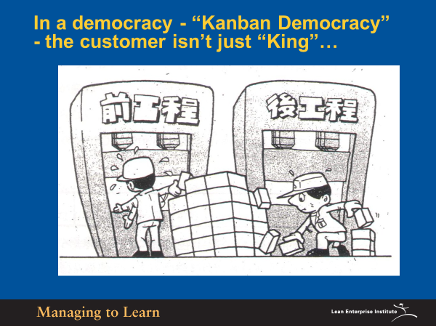 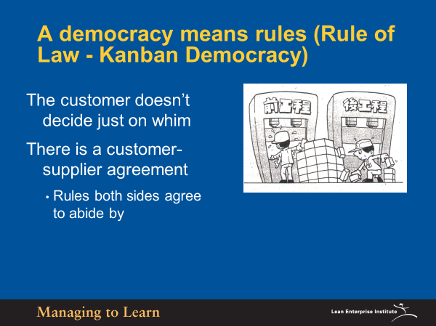 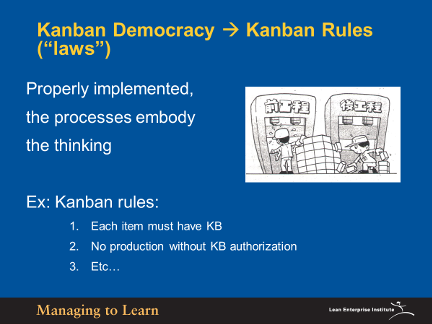 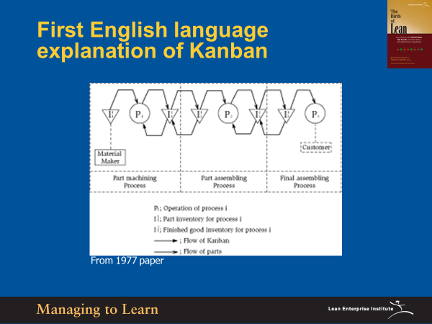 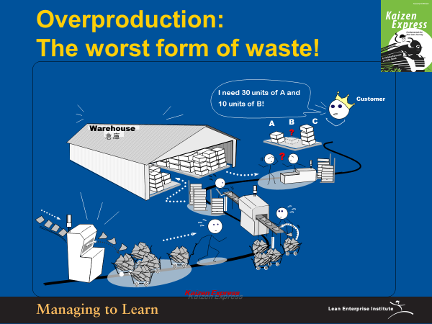 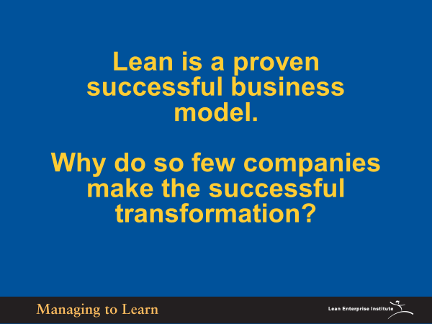 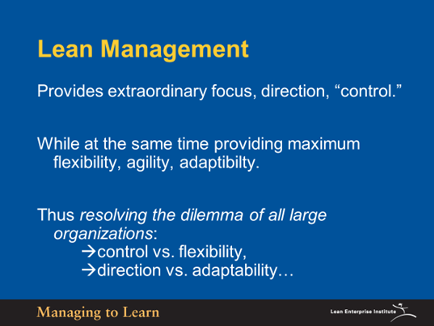 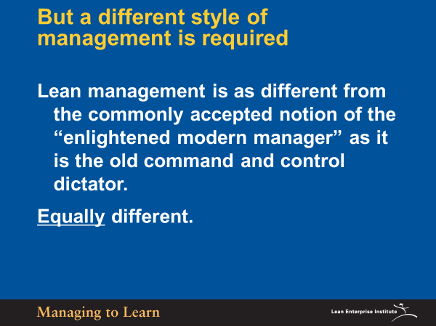 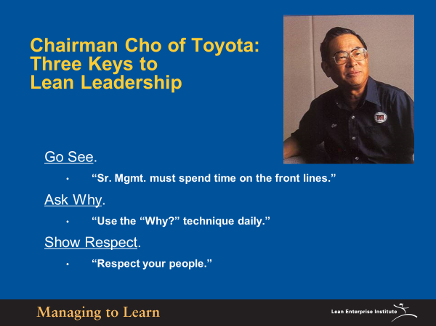 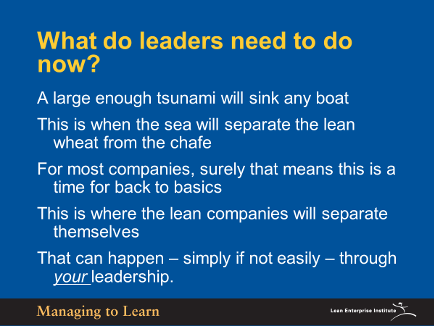