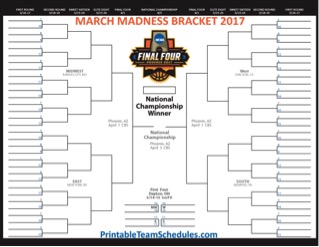 There is so much thinking that goes into this thing called “Bracketology,” which gives sports fans a way to “grasp the situation” of their favorite team (or the one they may be cheering for at tournament time).

This process happens right after the conference playoffs (SEC, ACC, Big 10, Big East etc). The NCAA is tasked with creating a tournament bracket at a macro viewpoint (similar to strategy thinking that will determine which of 68 teams will be the champion based on many individual (micro-level) games. A lot of the decision making is based on strength of schedule, wins and losses, among other factors. We all may or may not agree based on our opinions or assumptions who goes where and how everyone is ranked based on criteria, but that could be another discussion.

Once the 68 teams are selected and it’s determined who will play who, where and when, the bracket begins to resemble an implementation plan at a macro level, now it’s up to a lot of people (selected cities, sport arenas, etc.) to see that through.

Ernie and I have written about, coached on, and given talks about leading and lagging key performance indicators (KPIs). The majority of people reside in the lagging realm because they are easier to create and often times all they have been conditioned to see. For example – getting a report at the end of the month (department-level or company) to tell me how I’m doing is commonplace and we make adjustments as we see fit. Most of the time these adjustments are opinions/assumptions because it’s difficult to react to something that already happened in a process at the beginning of the month. If you didn’t see it in real time, then it may just be a symptom to the problem and you may see it again on next month’s reports. Then sometimes you may get lucky and improve it and as our trainers taught us, “lucky is sustainable.”

Many sports, on the other hand are much different; there aren’t too many sports that rely upon lagging indicators (waiting till the end of the game to make adjustments). All teams practice from November to March in between games. This is like determining the “plan” (plays), executing them (“do”) in practice (experiments) and “checking” during a practice to see how successful the thinking behind it was. We might have to take “action” and make small revisions before we put it in the playbook as the current standard for that play/situation. Continuous improvement is always an expectation for any team as they evolve, just as it is with organizations developing people. But without a standard (play), it’s hard to improve upon it and measure the differences (performance).

Also before each game the coach and team study their opponents in order to prepare for their strengths and expose their weaknesses. It is much easier to make adjustments in practice than in real time because technically no one is keeping score nor does it count against their record when they don’t always meet the standard (plays). Now, in a real game situation with a different opponent (other than their teammates during practice) and a loud crowd roaring in the background, the plan may need several adjustments based on the “do” and the “check” as the game progresses and the clock ticks. The score minute-by-minute allows the coach to assess how the plays are going, and whether the team is able to execute as practiced. The coach also looks at what other environmental factors need to be taken into consideration.

For the coaches, they have a staff on the bench and at the scorer’s table watching/assessing specific actions as well as documenting data (defense, offense, blocks, fouls, assists, rebounds, shots missed, shots made – the list can go on with real-time data tracking). Oftentimes when one or more of these are not meeting a certain expectation then adjustments are made in order to be more predictive to the outcome of the score after five minutes, 10 minutes, or halftime. Oftentimes you see a coach call a time-out if they see a trend taking place (i.e. a 10-point run from the opponent) in order to stop the momentum and try to adjust. In organizations, this could be considered “huddle groups” during the day to assess plan versus actual. It is all an adjustment to what is happening in real time in order to be more leading in nature than lagging and waiting until it’s too late and the buzzer go off at the end.

In the lagging world, an example a coach might say – “OK team, we have practiced so hard, we know the plays and expectations, you have been looking very good in practice. I’m trusting everyone knows their role because you have been on this team for a couple of years (tribal knowledge), so I am going down to the local sports bar and watch (here are the objectives now go and do) – good luck and I will see you after the game we can talk. This is a bit exaggerated, but is it?

Doesn’t a high-level leader often times only visit the team to tell them how they did last month? Not all but many do. If you aren’t involved in the day to day, or even minute to minute as a basketball coach is how can you make adjustments before it’s too late? The customer either tells you or you lose the game.

There are so many lessons in sports, particularly basketball in the U.S. these past few weeks in the Men’s and Women’s division that tells us the teams that work together the best, understand how to make adjustments with the coach and one another as the game is progressing are usually the ones who move on to the next bracket game. Of course, luck could be involved, a person getting a hot hand and shooting 70% in 3-point land (this is not usually sustainable), or as some would say – “the refs aren’t on our side!” Those are all factors that take place that need adjustments as well, just as we would if a customer tells us there are problems in the process (we don’t plan for this), but we must make real-time adjustments so it doesn’t continue to happen. What in the process allowed it? Or in basketball, how can we adjust our defense to put more pressure on the hot shooter to change the outcome?

If you take notice of any sport (NASCAR racing example), not just basketball, it is a great lesson for us to learn how to discover more leading indicators throughout our day (hour by hour work) that can lead to real time adjustments so the next process doesn’t always have to tell us. The goal is to be the model home or champion in what we do in order to be the place of choice in our particular industry. Just take the time to see the “thinking” that is going on in the background in any sport you watch. Great lessons for us all. 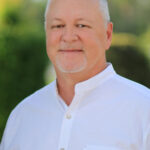 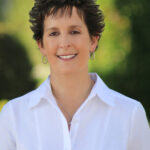 Ernie has 25 years of Manufacturing and Human Resources management experience which allows him to see the cultural dynamics from both functional areas of a company. He gained this experience at Toyota Motor Manufacturing where he grew from Team Leader, to Group Leader, to Assistant Manager on the manufacturing side.…

Tracey has over 29 years of combined experience in various roles within Toyota and learned lean practices as a group leader at Toyota Motor Manufacturing Kentucky from 198 to 1998. She was one of the first team members hired, with the fortunate opportunity to learn directly from Japanese trainers. As…

Fabulous…true experience
I saw earlier one real life examples from one of the sports called snake boat race of Kerala(India) that explains importance of team involvement and PDCA. I must say that these real life/day-to-day examples make it easy to understand and corelate with our professional world.

Being as a student of lean management, i found your article more relevant and helps many of us to understand the basics of lean that will help them to improve the planning and execution part, by little adjustments for achieving the goal.