In my role as an instructor at Toyota Motor Manufacturing, Japan, I got to witness top leaders solve problems. They would literally rush into a meeting room, or more often, to a piece of paper on a wall in the production area, and talk rather animatedly about the information in front of them.

Once I observed three or four people all writing and talking about a problem at the same time, and in just a few minutes they had drawn the problem (literally drawn a picture of the problem), set a goal, completed a quick cause and effect diagram, and created a plan to investigate what they thought to be the cause of the problem.

To an outsider, this type of quick problem solving was amazing. Seeing this team’s thinking process, analysis, and communication in action was like watching a professional sports team make an awesome play at the end of the game.

However, this is not what Toyota encouraged us to do as team members on the shopfloor. If they saw us jump from the problem to the solution, they would often say, “Not enough thinking. Please do more investigation.” To them, fast wasn’t necessarily good. We learned to go slow and be thorough. But, after much practice, we became very good at looking at a problem, doing analysis, and solving the problem quickly. This same pattern went for Job Instruction. At first our training was slow, but over time we learned to train quickly. And we saw that standardized work would eventually also be completed by experts with pencil and paper in a very short time.

I could probably think of a few more examples of “fast Lean” at Toyota, but honestly, speed was never the motivation for making an improvement. Of course, when there was a machine breakdown the maintenance team would rush to the machine similar to a paramedic rushing to an accident. They would treat the machine as though it had just had a heart attack, making sure not to waste one motion in trying to restore the machine to health. Time lost was measured in seconds, not minutes or hours. The same was true when the assembly line was down or a quality issue arose. Problem solving teams attacked the problem with unbelievable speed and efficiency.

There are many paradoxes about the Toyota Production System. Speed is certainly one of them. “Do it slowly, but quickly.” Another is “make sure everything is standardized, but constantly improve.” Fascinating, isn’t it? 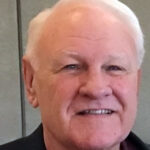