The Lean Post / Articles / Surviving CEO Change, Evolving Through Culture and Being a Humble Leader

“Challenges shape who we are,” says Dr. Kiame Mahaniah, CEO of the Lynn Community Health Center.

Born in the Congo, raised in Switzerland, educated in the US, Kiame faced remarkable challenges, was immersed in multiple cultures, and has come out of all as a remarkable, yet humble leader that is focused on building consensus instead of being a top down iron fisted CEO.

Dr. Mahaniah was kind enough to sit down with LEI’s Chairman, John Shook to talk about growing up in different cultures, from the Congolese to the Quakers, and how he became a CEO in an organization trying to become lean, and helped keep that movement going–which is something that typically ends lean’s progress in an organization.

Dr. Mahaniah shared his journey to the present day, from his early childhood in the Congo to his teenage years in Switzerland, where he attended an international school, being exposed to all different cultures and experiences. He attended medical school at Thomas Jefferson University in Philadelphia as a National Health Service Corps scholar, and graduated from the Family Medicine Residency program at the University of Pittsburgh Medical Center. While there he was exposed to the Quaker culture and values, and learned about building consensus as a leader.

Dr. Mahaniah was the Chief Medical Officer and is now the CEO of Lynn Community Health Center (LCHC).  Taking over from Lori Berry, who was the CEO for over 20 years. Berry was the person who started LCHC on its lean journey. “She made very sure the lean transformation wasn’t about her” “None of the senior managers thought this is Lori’s thing. She made it ego free”.

Diving into this lean work was a huge awakening for Kiame, and one that revealed to him that getting better could be taught in a somewhat formal way:

“It was really the idea that improvement was possible no matter how big or small your system is. The principle that you could study and refer to, the whole discipline of it was like a martial art. There were teachers, there were gurus—there was this whole world available to you to improve your condition at your institution. And you didn’t have to reinvent it—it was like going to a university for improvement.”

Quite often a change in CEO ends lean journeys. In this case it actually accelerated it. The idea that improvement was possible no matter how small or how big your system is. There are principles and practices in place to follow.

“I realized what was possible when I went to Disney World and couldn’t believe how organized it was. There were a lot of things that amazed me,” he says, relating to the detailed and systematic way the park was organized to improve the customer experience. “Is Disney World is doing something like this in the entertainment industry? How can we not do this in medicine?”

Today he thinks a lot about how to continue to improve the lean system in a manner consistent with basic lean ideas about empowering every person in the system—of framing the idea of empowerment at the front line without undermining the authority of the managers. “I want to push lean thinking as hard as I can with it being ‘Kiame’s’  so when the next person takes over they will be faced by a line of managers that say this is how we love doing things, where they show the CEO the path.”

“I’ve started preparing my succession, it’s not about choosing an individual, it’s about getting the path ready and embedding it in the institution.” 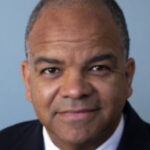 A leader in adopting lean thinking and practice in healthcare, Dr. Mahaniah uses the approach to address the pain and indignities of poverty, provide excellent healthcare to often-ignored individuals and communities, and develop leaders to serve in the fight against inequity. An expert in office-based opioid treatment (OBOT) models, he…

Inspired by a childhood divided between a war-affected third world country – the Congo – and a high performing first world one (Switzerland), as well as parents intimately involved in rural development NGOs, Dr. Mahaniah brings a burning passion for social justice and the fight against health disparities to his work as CEO at the Lynn Community Health Center in Lynn Massachusetts.

He attended medical school at Thomas Jefferson University in Philadelphia as a National Health Service Corps scholar, and graduated from the Family Medicine Residency program at the University of Pittsburgh Medical Center. He has been working in federally qualified community health centers ever since.

His clinical interests lie in teaching and integrating opioid addiction treatment into primary care. He was the 2012-2013 Massachusetts Academy of Family Medicine Physician of the Year and holds an appointment at the Tufts University School of Medicine.