The Lean Post / Articles / The Problem with the US Open

What do Roger Federer, ESPN, and the US Open have to do with problem solving? Take a few seconds to watch this report that was on Sports Center. Pay particular attention to the video between times 5 seconds and 22 seconds.

ESPN claims Roger won this set due to his ability to place the ball in different locations on the court, thus running his opponent around. This is further emphasized by placing graphics on the screen showing where each ball initially lands on the court when it is returned.

Watch the video again, but this time pay attention to where Grega Zemlja places the ball on the court. He isn’t exactly hitting the ball directly to Roger. Ball placement was a factor, but not the only one. What about experience? Speed of serves? Aerobic fitness? Core strength? The list could go on.

Again, how does this relate to problem solving?

In all industries, regardless of lean maturity, I see teams propose actions all of the time based on analyzing only part of the process; just enough to justify their predetermined solution. For example, “To address our supplier delivery issues we are going demand the supplier bear the cost of adding a strategic inventory buffer to our receiving area.” The analysis showed variation in the supplier’s ability to deliver on time, and there was an impressive calculation done to show how much inventory must be added to be 95% confident that there would be no future shortages.

The problem with this particular problem statement and countermeasure is it did not get to the root cause of the issue. Why? This team only looked at enough of the process to justify their hypothesis. When we took the time to look at more of the process we discovered that the supplier was often late because of the erratic schedules it received from the customer, and those were driven by their purchase order system.

So next time you are presented with a cause-effect claim such as, “Roger won the match based on running his opponent around the court” or “We need more inventory to cover our supplier’s issues,” ask yourself and your team if the whole process has actually been considered. If not, why not? 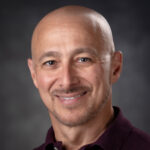 Eric has distilled his passion for and knowledge of lean thinking and practice in product and process development, nurtured over 30 years of work experience, into The Power of Process: A Story of Innovative Lean Process Development (2022). Before founding Lean Shift Consulting and becoming a coach and program manager…