The Lean Post / Articles / Where can I find information about visual management?

I can’t find much written about visual management although it seems an important part of lean – any idea where to look?

All lean is essentially visual management, and yes, I agree there is very little written on it – I’m not sure why and it is a fascinating question. Rummaging through my bookcase I found a couple of 1990s books from Productivity Press: Poka-Yoke, edited by Hiroyuki Hirano, 1988; The Visual Factory by Michel Greif, 1991; and Visual Control Systems edited by Nikan Kogyo Shimbun, 1995.

I hadn’t looked at any of them in – ah, decades? Thank you for asking the question. They are fascinating, particularly the Poka-Yoke book, as poka-yoke seems to have completely dropped out of the lean conversation, but not that helpful, as there is no clear theory of visual management, and the examples, although intriguing, are rather haphazard.

I’m not sure I have such a clear theory of visual management myself, but I am certain it could be Toyota’s greatest contribution to management. Your question is bang on.

Taiichi Ohno starts his book on workplace management with an optical illusion: 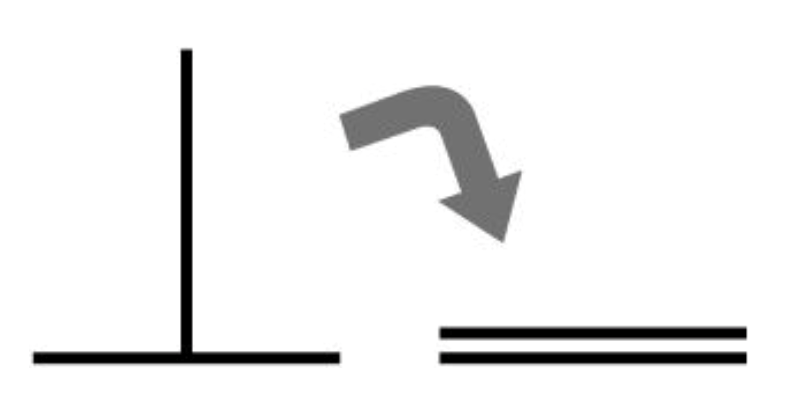 At first, I thought this was just folklore, but I’ve realized over the years that his thinking about misconceptions is critical to any understanding of lean thinking. His core argument, oft-repeated and illustrated is that:

And that misconceptions are very hard to change, both for engineers and workers. In Ohno’s mind, the only way to clear up a misconception is to try something else, hence learning by doing.

Our naïve model of how the brain works is a computer-based metaphor:

But the more we learn about the brain the more it looks like it works the other way around:

In other words, your brain is dreaming your life. In dreams, it operates without sensory input, so it goes off into weird stuff. During the day, it dreams just the same, but corrects constantly with what it picks up, so it all feels far more “real” – but that’s a reflection that the illusion is more solidly anchored in reality.

In practical terms, this means that when we see a simple illusion: https://en.wikipedia.org/wiki/Optical_illusion, or a very elaborate one, such as this one: https://www.youtube.com/watch?v=sKa0eaKsdA0, our brains are working perfectly normally (I’m told schizophrenic patients see through the illusion).

What this means is that there is a lot of reasoning in the simple act of looking. Basically, your brain assumes things are how they are, and then picks up differences with the assumptions – but only where it looks, and so is easily fooled as many experiments about selective attention have shown (This one is really fun: https://www.youtube.com/watch?v=vJG698U2Mvo).

A visual system is made of specific control points, but visual management is about directing attention, not controlling behavior. This modern understanding of the importance and nature of visual management leads us to clear up hidebound misconceptions:

Visual management is about setting an architecture of control points that help people orient on what the game is. People do not need to be controlled. They need help with orientation. Think of any sport. When you go to a match you will see:

This structure of control points provides a path for people to play the game. It shows:

The control points themselves can vary widely. In lean the most spectacular example of a control point system is kanban with adjacent andon. But you can visualize anything you need to. For instance, here, on the gemba of TSG in Italy, the warehouse manager visualizes implemented suggestions to show people they have a real impact on their operations. 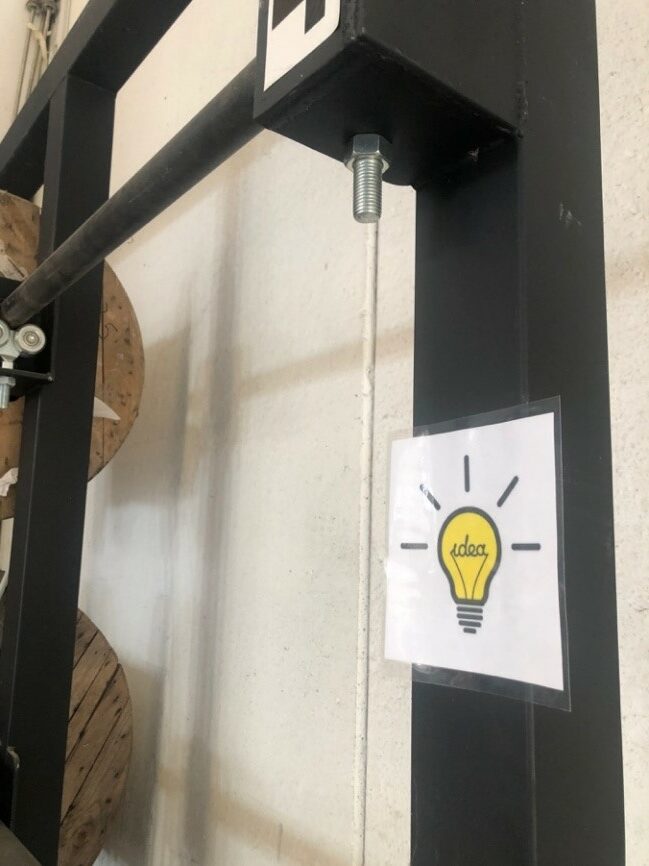 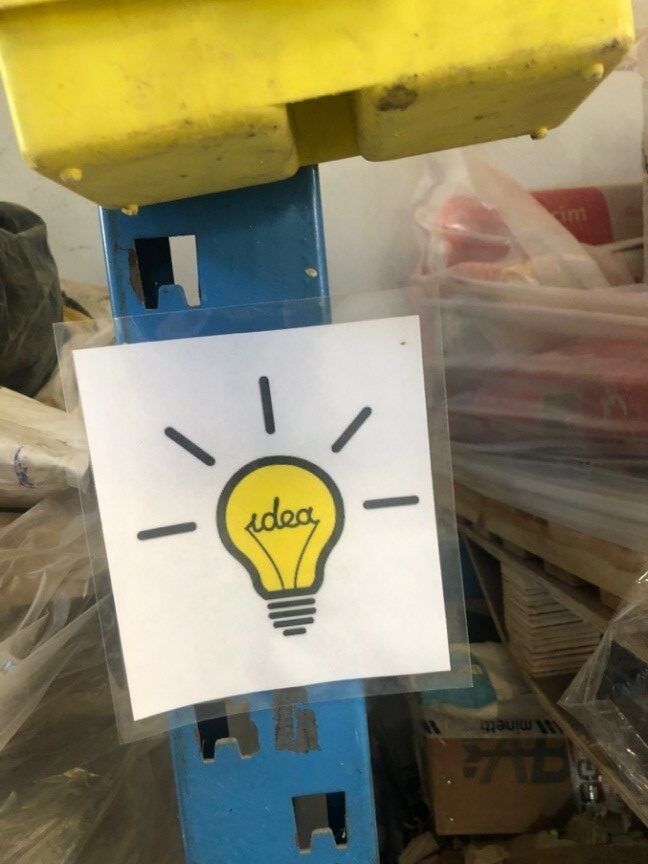 Visual management is more than just the sequence of the control points. It’s all about the management. The purpose of the system is:

In fact, there always is a visual management system in place – whether you see it explicitly or not – and the question is whether the system gets you better or worse at what you do.

In fact, there always is a visual management system in place – whether you see it explicitly or not – and the question is whether the system gets you better or worse at what you do.For instance, Toyota-style kanban with constant pressure on taking out kanban cards steers you towards the ideal of one-piece flow and gets you to fix all the unpredictable aspects of production while increasing quality, flexibility, and productivity. As we see time and time again, this makes you incredibly better at manufacturing.

On the other hand, the agile-style kanban software developers have come up with visualizes work as “tickets” on the board and is essentially a backlog management systems for managers to feel on top of things – it doesn’t help with either quality, delivery, or flexibility, other than visualizing a very global mass of things to do (one ticket can represent an easy or difficult task, short or long, etc. so it doesn’t really visualize anything useful, and the sequence of tickets can change, so it doesn’t visualize a queue either).

To grasp visual management we have to understand both the visual aspect – clear, intuitive control points – and the management side – orienting and supporting people, not controlling their actions. In doing so, we can create paths to success where, as you step on the road, you can see the direction (towards the temple of excellence at the top of the mountain, or towards the mud of mediocrity in the valley), see what next step to take and how fast you’re progressing, face obstacles and think flexibly to overcome them with the help of your colleagues, and from these small victories, discover more about the path and learn to understand the way more deeply so that you become a more accomplished traveler.

A bad visual management system is static – it will list the endless criteria you need to somehow get right in order to achieve “best practice,” but leaves you no way to prioritize or know where to start – or indeed solve issues when you encounter them.

This is exactly what I have been looking for. Thank you.