In the improvement world, Kata is the deliberately practiced thinking routine that turns repetitive mental activities into an unconscious meta-habit: As described in yesterday’s blog, a learner is guided by a coach (Improvement Kata) and answers a series of questionsfrom the coach (Coaching Kata); a second coach frequently observes the learner/coach interaction and offers guidance.

With each brief but daily Kata routine (15-20 minutes), the learner uses experiments to identify and remove obstacles that keep them from reaching a target condition.

Over time the learner begins to detach from the rigid script and intuitively approach problems with the meta-habits embedded by Kata. 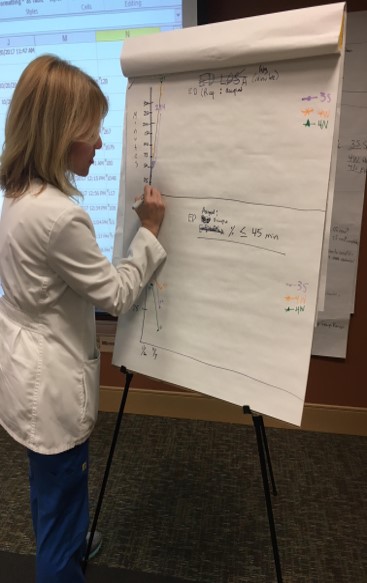 Melanie Mays, Nursing Manager of the Baptist Memorial Memphis Hospital emergency department (ED), began to recognize her reliance on meta-habits after approximately six months of work as a Kata learner and coach. Her approach to a recent problem in the ED illustrates how she relied on meta-habits.

In late December 2017, Mays saw that flu cases were spiking in the ED, in part because the flu shot was not as effective as in past years. The increasing volume of flu patients (ESI Level 4 and 5 patients) was negatively affecting the patient length of stay (LOS) in the ED for all patients, both the flu patients and those with more severe conditions. Over three days, Mays instinctively and repeatedly worked to find and eliminate obstacles that were preventing a target condition of lower LOS in the ED and less spread of the flu virus within the ED:

Over the three days that Mays was making changes, she did not go to the Kata storyboard (a whiteboard representation of the Kata routine that allows a learner to detail the pursuit of a single target condition) in the ED, as would be normal when working the Kata routine. She says it was actually set up for another target condition that was strategic to the hospital’s overall challenge. After the holiday break, the flu surge subsided and Mays went back to the board and documented everything they did, relying on the notes she had taken during the experiment with the flu clinic.

“We never thought we were going to change the Kata board to do this,” Mays recalls. “I didn’t have that idea until I looked at the overall impact of the Level 5s and how what we [did helped these patients and] brought down the discharge length of stay for the entire population. So that’s when we went back to the board and made that our focus process.”

The previous winter Mays had had a similar experience, and that’s when she began to notice her detachment from the basic Kata. Prior to then she relied on a plan to undertake changes, measure the impact, review results, and then consider the next obstacle to remove. She was repeatedly removing the next obstacle in a scientific manner, but it was not yet a meta-habit or muscle memory. 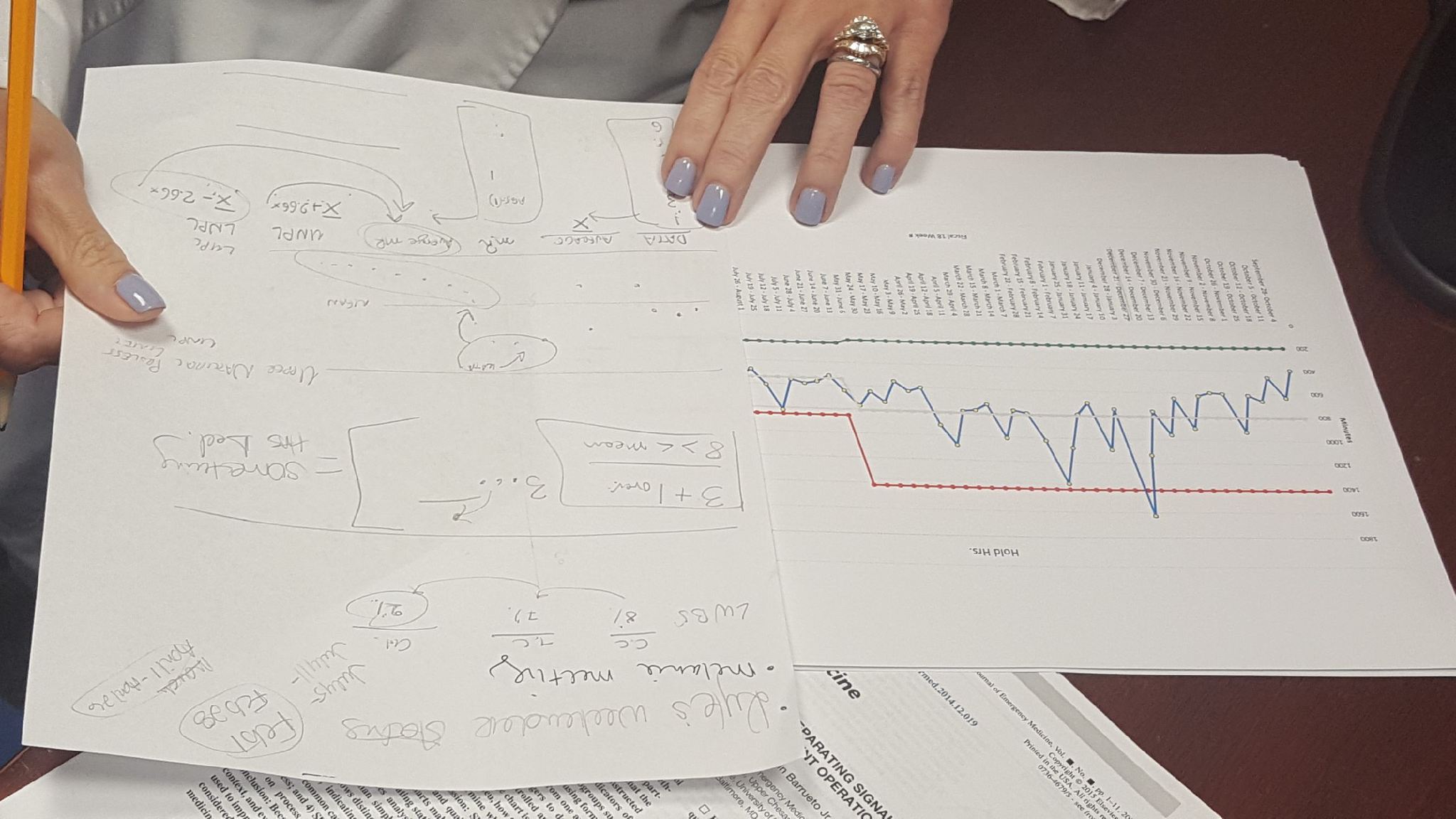 “It’s especially important in a hospital that you have that muscle memory,” she says. “We talk about processes a lot (in the ED). If you have a process, it frees your mind up to deal with the situation. If I’ve got to decide how am I going to do this and what equipment I need, then I am going to be wasting time and not doing it.” The first day with the flu clinic she was learning patient by patient, measuring times for activities, and studying flow, which revealed new obstacles to her. If she had not been tracking her experiment, Mays says, she might have thought the time for physicians to come to the flu room would have been the biggest delay.

When starting out with Kata, Mays recalls that she and others at Baptist Memorial Memphis Hospital were prone to list things that “bothered” them as obstacles or choose a solution or new idea before fully identifying the obstacles with the current condition. She now sees the need to experiment with a new process and allow it to surface obstacles before developing and testing a hypothesis. “You cannot put obstacles on the board until you go out and grasp the current condition and try to reach the target condition — the obstacles will be there, and then you list them.”

Brandon Brown is Owner and Master Kata Coach at Continuous Coaching Commitment, LLC, delivering tangible and sustainable continuous improvement results as a Toyota Kata Master Coach and Lean Instructor/Facilitator. Brandon is a Regional Director and board member for the Southeast Region of the Association for Manufacturing Excellence.

Art of Lean on Problem-Solving, Part 7: Dreyfus Model and the Stages of Learning