Many teams feel pressure to quickly jump from concept to development to show they are aggressively making “progress” toward getting their product to the market. However, in many – if not most – cases, the rush to move forward actually postpones the necessary learning to deliver customer value. Teams then face late changes, suboptimal product designs, and frustration while they are trying to launch their product.

The study phase of the project is when teams thoroughly explore the various ways to create value in the product and optimize the future value stream’s design to deliver it. Getting a team started on the right foot with a robust study phase is a key determinator of a project’s success.

Their project resulted in a design that has 80% fewer connections and 50% fewer components. These improvements translate into a 50% faster rig up [setup time for a site] and 30% lower operating costs for their customers.

The iComplete team at TechnipFMC is a case in point. When it front-loaded the concept (study) phase for a recent new product, it learned that the new approach greatly helped it deliver a game-changing product in less time with less effort, with less drama.

TechnipFMC is a global company that designs, manufactures, and installs equipment for the oil and gas industry, both subsea and on the surface. The iComplete™ system is its next-generation solution for fracking operations. The design team leveraged flexible pipe, automation, and advanced digital capabilities to deliver greater efficiency to get to first oil faster. The iComplete team was one of several teams at TechnipFMC that volunteered to pilot applying Lean Product and Process Development (LPPD) principles and practices to help improve their ability to deliver projects to their industry. iComplete™ has had a big impact on customers in terms of operating safer, faster, and smarter.

Their project resulted in a design that has 80% fewer connections and 50% fewer components. These improvements translate into a 50% faster rig up [setup time for a site] and 30% lower operating costs for their customers. The new digital technology designed into the product also eliminates human intervention in the “red zone” where equipment is running, making the site safer and increasing uptime while also providing more real time data on the site’s operations.

As the team members reflected on the project’s success, they saw that several LPPD methods helped them along the way. Still, they realized that many of the key success factors had their roots in the activities completed in the early stages of the project that occurred many months ago during the study phase.

The Two Phases of the Product Development Process 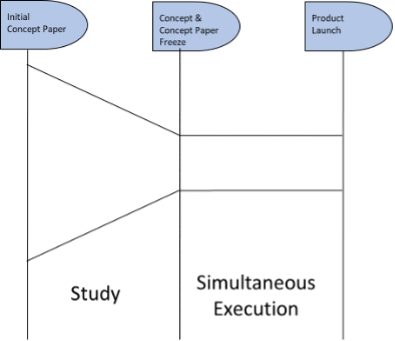 While every company has its own definition of its product development process,
taking the LPPD mindset, a project is essentially structured in two phases.

The study phase of the project is where the new value and knowledge is created. In contrast, the simultaneous execution phase is where the detailed design, validation, and industrialization of the product is completed.

The project’s core team spent months out in the field meeting with customers to fully understand their needs and challenges. To help them do this, they created an end-to-end Value Stream Map (VSM) of the current way equipment is installed, operated, and removed from their customers’ sites, as well as their own internal service and refurbishment processes that supplied these sites. The team not only mapped how everything “should” work but also how it actually worked. They also factored in ideas derived from several anecdotal and sometimes contradictory comments they’d heard over the years from various customers and stakeholders about problems with the current designs. The team started with a VSM from a “10,000-foot” viewpoint, showing everything from when they bid a job to the time their equipment made it back to the base. 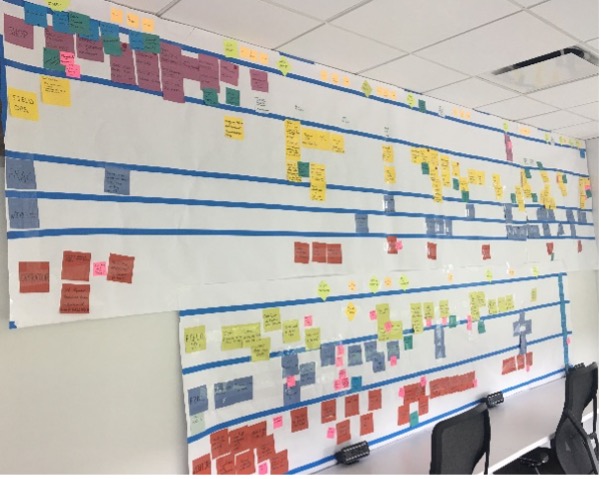 The TechnipFMC development team created an end-to-end Value Stream Map (VSM)
of the current way equipment is installed, operated, and removed from their customers’ sites,
as well as their own internal service and refurbishment processes that supplied these sites.
The team not only mapped how everything “should” work but also how it actually worked.

Following the “macro” VSM, they created a “micro” VSM specifically showing the field operations piece to truly understand the work, meticulously mapping every task the customer, 3rd parties, and TechnipFMC personnel did daily. What made the VSMs particularly successful is that they included input from the operating base & field ops personnel from their customers who deal with the challenges in the field every day. The value stream maps helped the team take a holistic view of their customers’ business rather than just writing up requirements that would address a laundry list of technical complaints. The maps also helped them see new value-adding opportunities they could offer that their customers were not even aware were possible.

Subscribe to The Design Brief to get the latest insights in Lean Product and Process Development.

Throughout the study phase, the team consolidated its learnings into a Concept Paper, which helped it to align and enroll the organization into action. The paper provided a way to clearly and succinctly communicate and validate, with all the stakeholders, how the product would create value for their customers and their business.

Throughout the study phase, several discussions and debates ensued around that understanding. James Cook, the chief product developer for the project, said: “The digital element has been a big piece, and what has driven customers to us versus our competitors. Ironically, the digital piece was what everyone was uncertain about initially. They wondered whether the customer would pay for it or if the field operators would use it. Now, if the digital piece isn’t out there, we don’t get the work. It definitely has become a major differentiator for us versus the rest of the industry.”

The concept paper also provided the team with a vision for success by providing clear and aligned goals for the overall system and each subsystem.

As the Navy Seals adage says, “slow is smooth, and smooth is fast.” To design the iComplete system, the TechnipFMC team spent more time front-loading the concept phase versus previous projects. James reflected: “In past projects, the customer would come with a problem (and sometimes the solution), and then we would brainstorm for about a week, pick a solution, and were moving within a month but would frequently have rework later in the development phase. The biggest difference is that we put together several dozen concepts per subsystem and used the goals to deselect until we had our final concepts. It took us 3 to 6 months to deselect down.”

The iComplete™ team applied Set-Based Design in the major aspects of the product’s and process’s design and identified the knowledge gaps inhibiting them from delivering the value expressed in the concept paper. The team worked to deeply understand the trade-offs to optimize value (and profitability).

One aspect of set-based design that significantly helped the team was the series of integration events. These cadenced sessions brought together all the various stakeholders from all aspects of the business — manufacturing, quality, supply chain, field ops, asset management, engineering, and product line managers — to look at the various concepts through their lens. The integration events were “hands-on” activities where everyone could review visual displays– sketches, models, or mockups—of the concepts. These sessions helped to:

Stakeholders participate in integration events during which they review concept papers, physical (3D) models, and CAD images and decide next steps.

The design teams created and maintained A3 concept sheets throughout the study phase to capture knowledge and trade-offs relative to the project goals. Over time, as they gained more knowledge about each concept and their customers’ true needs, the team down-selected the “weaker” concepts. The chief product designer managed the integration and the convergence process. His role was to challenge the team to meet the project goals while working through the knowledge gaps and trade-offs.

By the end of the study phase, the team had an agreed-upon clear and concise value proposition for their customers: “iComplete™ offers more service capability, greater reliability, and fewer emissions with the simplicity of one pad, one supplier, and one invoice. From pump to casing, iComplete™ minimizes complexities so you can focus on one thing: Getting to first oil faster with 30 percent lower costs.”

The team also came out of the study phase with a system solution (product and value stream) with a high degree of confidence it could deliver that value. This knowledge set the team up more effectively to complete the project with speed and precision. In the latter phase, the team was way more focused, had moved significantly faster than in previous projects, and had far fewer deviations. “Generally speaking, most projects require 3 to 6 months of “changes” after a trial occurs. Sometimes longer, if the trial fails or big changes are needed,” James said. “What was different here is that we nailed down our up-front path forward with valid and valuable concepts, with tons of forethought, that ultimately we were extremely successful in our rollout plan and timeline, very few ‘redo’s’.”

However, the ultimate test of whether an organization delivers value is whether customers spend their money on the product or service. When asked about the industry’s acceptance of their new system, James replied: “Customers are definitely loving iComplete. Through the clear value-add of iComplete, customers are constantly reaching out to partner with TechnipFMC long term, not only to provide efficiency and safety gains but also to ensure stability and consistency in their North America operations. It continues to set us apart from the rest of the industry, and our customers are eagerly awaiting how TechnipFMC will continue to move them further into safer, more efficient, and greener operations in the near future.” 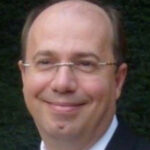