The Lean Post / Articles / Lean Expansion: Spreading Lean from One Store to a Region at Starbucks

Scaling up is a challenge often talked about in lean circles. How can we best leverage our individual or small-scale wins to spread lean throughout the organization? LEI faculty and Director of Learning Karen Gaudet tackled this problem head-on during her tenure working at Starbucks. Here’s her story of what she experienced and learned as she spread lean throughout her region of responsibility.

Lean is traditionally thought of as being meant for manufacturing. How would you say that compares to working in a retail location like Starbucks?

Inside the steps to that work are problems. So, depending on the approach and the method of work that’s being done, problems are either hidden or created. Through improving how the work is done, problems are made visible and because there was a known, repeatable process used, the work improvement enables more effective and sustained problem solving. This is at the heart of continuous improvement and drives innovation. I see lean completely translating between manufacturing, services, or any other industry.

I understand that as a Regional Director of Operations, you had the opportunity to lead the spreading of the lean transformation from what began as one store to over 100. What would you say was your biggest challenge in scaling up?

There were so many challenges, but one of the biggest was learning how to be more patient and thoughtful. Allow time for the capability of the people and the rest of the surrounding organization to take hold. Through the transformation of the work and the operating system the baristas in the store were enabled to see and solve the immediate problems directly affecting the customers. This was a wonderful thing and they felt an immediate improvement to their working environment.

At the same time it called upon different behaviors and capabilities for the managers and all others in roles of supporting the stores, including me. It took time for all of us to reorganize our own capability to become facilitators of effective problem solving vs. firefighters. This is where the patience and thoughtfulness came in. It takes time to make many mistakes and learn as you gain capability and get better. You can lose confidence at times and need to really be humble and have courage to face what you need to do differently for yourself. We found that our old way of working with the store teams actually created more problems for them than helped at times. The transformation placed the customer-facing problems squarely on the table for us all to face and actually help solve. We realized there was more to this than originally assumed. We needed to adjust how we viewed and measured success and that a number that displayed on a report was not a true or full indicator of what was actually happening. So, what this meant was the time between when you expect to see the results of your work, and when the results of that work actually shows up was different.

At times I think about it like compound interest. The rewards are so much greater if you are patient and do the right investment up front and not chase the flashy, in-the-moment quick fix. This takes patience and thoughtfulness; I needed to learn this as did many others. As leaders it seems we are drivers and to this day I remind myself to slow down, go see, ask questions and discover before ever reacting or responding. Inside of a high-growth, innovative and fast-paced organization like Starbucks it takes courage to trust in the time needed for the change to take hold. I used to say in jest: “This is not another new type of latte.”

During that same growth period, what was something that surprised you about the scaling-up?

I wasn’t conscious of the depth in which people would become developed and skillful and ultimately get promoted. We built their capability through problem solving, learning how to improve and see work, and coaching and leading their own problem-solving efforts. Turnover dropped, productivity went up and people rose to the occasion. I promoted more people through that transformational period than I had in any previous year. It was amazing, the impact of that skill set on advancement, especially the ability to lead problem solving. It completely transformed how problem solving occurred across Starbucks.

Well, previously store-level and work-level problems were typically escalated to others or to our corporate offices. Solved by teams out of Seattle, far removed physically from where the problems are actually occurring. Once Starbucks saw the results of letting the stores problem solve at their own level, that became the way problem solving was done. It shifted everyone’s roles and aligned them to solve the problems at the right level. This enabled other resources to shift and focus on organization-level problems while staying tied into facilitating the store-level problem solving. When you shift from having to solve all the problems to having each person become a problem solver of their own work, and work as a team to ensure the environment through management systems and aligned human resource practices, everyone’s capability goes up! The ultimate value that then gets created for the customer is better than you can imagine it to be. Working as a firefighter, trying to solve all the world’s problems is very limiting to our abilities and capabilities. It can be isolating as well. The transformation to a lean operating model was significant in many ways; however, the personal impact on the people was inspiring. And as a leader of others, it was one of the most rewarding experiences of all.

The customers of Starbucks take personal ownership of “their store” and the baristas that work there. It is a special, almost magical, thing that happens. They become like family. Through the transformation and the stabilizing of the work; the working environment for the teams improved greatly. The baristas stayed with us longer as turnover dropped, and the customers were able to build even greater relationships with the baristas. It is obvious to see from there, how many other benefits are realized to the business.

In guiding this transformation, did you encounter any misconceptions about lean that you had to correct?

I think the most universal one was that lean was going to solve everyone’s problems. That wasn’t at all the case. It made our problems visible so that we were able and enabled to start solving them in an effective way. We could all be on the same page, see the same things and actually, for potentially the first time work in a way that made sense. This was deeply challenging and gratifying at the same time. We had to dispel that misconception as part of the broader implementation.

How did you do that?

The fact that these misconceptions were so widespread highlighted our lack of ability and capability with change management, staying close to what the vision was, and messaging that consistently, frequently, and clearly. We had to adjust our approach and focus on articulating what lean meant for each person’s work, depending on the level that they were at. The work they were responsible for. Checking for understanding and creating a safe environment for them to be able to articulate and share their thoughts and thinking around them. Creating space and time for everyone to go through the transformation of their own capability was important. We all became very comfortable with allowing people to be uncomfortable as they worked through problem solving.

Read Steady Work by Karen Gaudet, who managed 110 stores as a regional manager for Starbucks. She offers smart, practical business advice and a heartfelt personal story about how a continuous improvement system revitalized the retailer during the global financial crisis and helped employees in Newtown, CT, get through a national tragedy: https://www.lean.org/Bookstore/ProductDetails.cfm?SelectedProductId=436 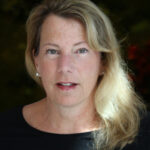 Karen has over 30 years’ experience leading business, training, and developing the capability of team members and executives in rapid-growth environments.  Previously, as Regional Director of Operations at Starbucks Coffee Company, she built a consistent track record of growing the operating performance across a large area of retail stores along…