To an extent, an organization’s long-term success depends on its ability to shift its focus quickly when conditions change suddenly. Covid-19 provides a vivid example where virtually all organizations in every industry had to discover how to survive amid a new reality: retail stores shuttered, office work redistributed to millions of “home offices,” travel curtailed almost completely, etc. Health care provides the most dramatic example of the need for such a pivot. (Later in this essay, I return to health care in describing NewYork-Presbyterian’s successful pivot in the face of Covid-19 and some of the factors that enabled it.)

Less newsworthy pivots occur when organizational leaders discern a change in market conditions that suggest an opportunity or threat that is of such consequence that it must be addressed quickly with all of the resources at hand. At these junctures, CEOs and other top leaders are called upon to articulate a new vision and clearly communicate to all what needs to be done. In fact, recognizing and negotiating these potentially tumultuous periods are often the legacy of great CEOs. Consider, for example, the numerous pivots performed by IBM over many years. The company moved from having a near-monopoly in mainframe computers to become a global business services and Artificial Intelligence company under notable change-agent CEOs, including Thomas Watson Jr., Louis Gerstner, and Ginni Rometty.

Although direction from the top is necessary to foresee and guide drastic change, operational capabilities are required to accomplish it in practice. What enables an organization to make substantial changes to the essence of its work?

I would argue that the management system’s nature itself can position an organization to change more smoothly than its peers. An organization’s management system controls the vital information flow and informs the large and small decisions that are made every day. Specifically, I refer to the daily management system associated with lean practices that monitors progress and surfaces problems as they occur. Although day-to-day management varies in practice, the main elements are visual control, standard accountability, and standard work for leaders — all of which are tiered so that relevant information and needed actions are passed up and down the organization through a series of short meetings. (David Mann’s book, Creating a Lean Culture describes such a system brilliantly.)

In essence, visual boards indicating progress to goals and possible problems are set up and maintained by workers at each unit on the front line (visual control). Frequent, short meetings are held according to a regular cadence in which the visual boards are reviewed, problems surfaced, and assignments made (standard accountability). A similar set of higher-level meetings with more aggregated information displayed visually are held, where local problems that require escalation are reported by front-line managers (part of standard work for leaders). This series of events is repeated through three or four levels in the organization, so that information and issues flow two ways from the front office to the front line and back. This regular flow and review of information provide a mechanism for managing change and correcting ambiguities about what needs to be done throughout the organization.

Pivoting in Action at New York-Presbyterian

An illustration of how having a daily management system in place makes pivoting possible is provided by NewYork-Presbyterian (NYP), located at the early epicenter of the pandemic in the U.S. NYP faced a significant challenge to quickly pivot in the face of a once-in-a-century crisis. Like other New York area hospitals, NYP faced a genuine crisis—a doubling of critical patients almost overnight who were ill with a novel virus that scientists didn’t fully understand. Procedures and exams deemed non-urgent were postponed while hospitals, particularly Emergency Departments and Intensive Care Units (ICUs), prepared for and managed the onslaught of very sick COVID-19 patients in an environment where things seemed to change moment-to-moment.

*Emily Jackson, BSN, MBOE, RN, NEA-BC, is a Director of Nursing at NYP and a Master of Business Operational Excellence alumna, of whom I am particularly proud. In addition to her leadership during this once-in-a-century crisis, Emily contributed the Gemba-based knowledge of a system architect and lean leader who lived the crisis to this essay.
— Peter Ward

As is so necessary during a crisis requiring major change, the top leaders at NYP came to the forefront with resources and clear messaging about what needed to be accomplished. The Executive Vice President & Chief Operating Officer devoted time each day to communicate personally to the organization three crucial messages: here is what we know; here is what we think will happen; and here is what we are doing to support you. This practice continues today (post-crisis) at a somewhat different cadence.

Leadership at the top is necessary but not sufficient to accomplish the sort of pivot required. NYP had been building a tiered daily management system for several years that included visual management, leader standardi work, and daily accountability. That system — effective in surfacing problems close to when and where they occur, escalating needs when needed, and supporting continuous improvement through many small experiments — also proved to be critical to making the big changes required to provide quality care for patients at the height of the pandemic. The discipline of meeting regularly with an agenda that examined the facts (what was going well, what was not going well, and what could be tried to make things better) laid a foundation for more necessary and more ambitious invention through controlled experiments at all levels.

First, through tiered huddles, the system supplied a proven two-way communication mechanism that could provide relevant information to and from the front line. New information and requirements could be reliably communicated, and ambiguities and problems could be resolved at the huddle or escalated when necessary. In fact, the morning tiered huddles were so effective that an afternoon huddle was added to help address the constant change in the situation and the needed response.

Second, visual management, a normal part of everyone’s working life at NYP, became an essential tool for change. Because of their experience with the system, people adapted quickly to new visuals supporting adjustments to standard procedures. Visuals also were helpful as experienced “traveling nurses” had effective visual cues to orient themselves in a new environment. Similarly, as new ICUs were created, visual management helped physicians adapt to unfamiliar spaces.

Third, the daily management system aided in the experimentation required to find new ways to provide care to patients and to augment safety for all. Rapid cycles of Plan-Do-Check-Adjust (PDCA) were needed to innovate safely. The accountability and leader involvement inherent in the daily management system made it possible to quickly evaluate proposed changes to work, so that what worked could be adopted and what did not work could be modified or abandoned.

As the crisis abates, the daily management system at NYP is returning to more normal operations with greater emphasis on continuous incremental improvement and progress toward goals. There is also a bit of time for reflection:  What went well? What should be avoided? How do we make sure that newly learned good practices continue? There is an even broader appreciation for the demonstrated value of standard care pathways, especially when circumstances are at their hardest.

Thankfully, the speed and sheer magnitude of NYP’s pivot are rarely required in organizations. But organizations are often challenged to pivot, be it in response to the COVID-19 crisis or as market conditions demand. The dynamic operational capability to accomplish the needed change in work is greatly aided by the existence of a sound daily management system. In this way, an approach that already provides benefits in day-to-day management also provides a basis for making the significant changes to work implied by a pivot.

This article was published simultaneously with the Think Op-Ex blog, where readers can find more articles by Peter Ward. 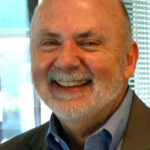