Occasionally I get asked about why I chose the various books listed in the bibliography of Managing To Learn. Basically, I used just two simple criteria: books that directly influenced the writing or thinking that went into MTL, or books that nicely expound upon some of the key concepts of MTL.

One of the books that some readers find curious to find cited, and apropos to the season, is The Mental ABC’s of Pitching. Actually, there are two baseball books in the bibliography, the other being You Gotta Have Wa by Robert Whiting.

The Mental ABCs of Pitching by H. A. Dorfman is a wonderful, simple book that goes through the English alphabet presenting a key word for each letter. Dorfman writes about a wide range of practices and beliefs, ranging from Breathing to Goals to Mantra to Umpires. The book is simple but also unpredictable, in the sense that Dorfman can quote Chekov—“Man is what he believes”—when stressing the need for pitchers to understand what they think of themselves; and on the next page offer advice on how to regroup from giving up a Big Inning.

There are several entries that relate directly and beautifully to specific lean concepts. Be sure to read them all, but I’ll introduce just three here, starting with “A” – for “Adjustment.”

As you know, much if not most, if not almost all of “lean” is essentially a matter of seeking in all that we do means of realizing P-D-C-A. Deming’s elegant model is another of the many “deceptively simple” dynamics of lean thinking and acting. The “A” stands, of course, for “Act”. Lately, many of us add the coloration of “adjust” to explain what happens in the “A’ dimension of the cycle. The idea here is that, based on the trial (Do) that you put into play that is based on your hypothesis (Plan), you must have (should have, anyway) learned something – after all, nothing ever goes exactly according to plan. That, in fact, is an assumption of lean thinking, “no problem is problem!” So, based on your “Check” of the results of your trial, you will invariably need to make some adjustment. Following that adjustment should come standardization. With the new standard now in place, you begin the process all over again. And again.

Author Dorfman’s explanation of “A for Adjustment” is beautiful in its simplicity and powerful in its implications.

Here’s another perfect lean fit from the ABCs of Pitching: Habits.

And, finally, “Learning” in which he quotes no less a lean source than Henry Ford:

To those of you whose teams are struggling with their mid-season pitching, try sending a copy of The Mental ABCs to your team’s pitching coach: Dorfman, H.A., The Mental ABC’s of Pitching; A Handbook for Performance Enhancement, Lanham: Diamond Communications, 2000. 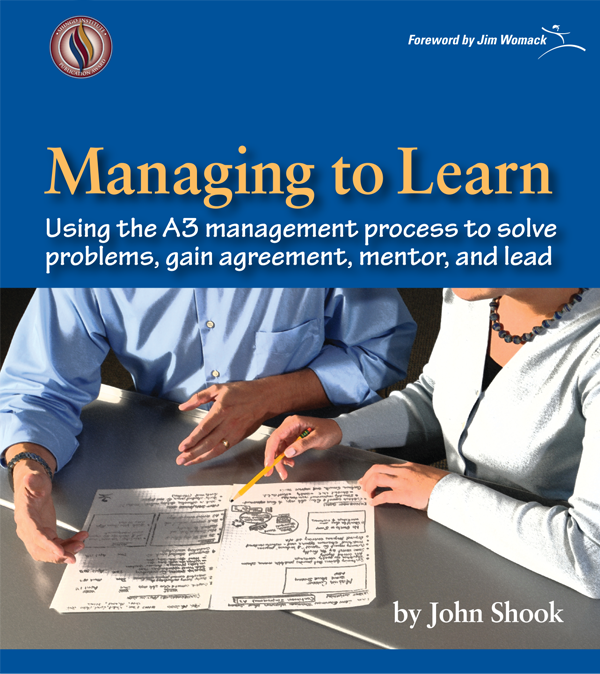