The Lean Post / Articles / The Problem of Partial Participation: Why Failing to Fully Commit to Lean Is Not An Option. An Interview with Chris Vogel

It’s a shame that lean is allowed to be optional at many companies that undergo a transformation – it’s a business model that only works with full participation. Chris Vogel has seen his fair share of organizations making this mistake and talked with The Lean Post about his past experiences.

Why does lean end up being optional at some organizations?

I think there’s a couple of things at the root of this. One is that when the lean initiative begins, senior management often has a lack of understanding of lean. They see a lean transformation as a process of small improvements here and there – they don’t realize that there’s a requirement of leadership to create and operationalize consistent goals and cascade them throughout the organization. Another reason is the high chance that employees will not want to participate in lean, maybe because they don’t think it’s needed, they see it as a burden or it clashes with an existing culture. In my experience, managers often don’t want to make lean mandatory because they are worried about causing conflict like this.

Would you call this a common issue?

Absolutely. I see this in almost every organization I work with. Some areas practice lean and others seem to be exempt. And worse, the leadership at these organizations often don’t understand the problems of having partial participation.

What would an organization that tries to implement lean but doesn’t follow through on enforcing it look like? Can you speak to the difficulties it might face in doing its day-to-day operations?

Well let’s say you make it optional, and you have some departments see the value of it and start following it right away, yet other departments don’t. What you’re going to see is an imbalance in your competency model, which makes it very difficult for managing people and giving feedback, since everyone is essentially being held to different standards. And in addition, some people will likely think, “Well if that department is following lean and that other department isn’t, then maybe lean is on a departmental pick-and-choose basis.” And that confusion will transfer throughout the organization as workers who don’t want to follow lean try to transfer to other departments who don’t follow it and vice versa. It’s just a very messy situation to have at any company.

I understand you had an eye-opening experience making lean optional yourself. Tell me a little about that.

Ah, yes. One of my past jobs had me working as a senior leader in a financial services company. We did a lot of acquisition activity and as part of that I was given new operational sites that aligned with our overall function. The overall culture of one company my organization acquired had a culture based on seeking best practices, which had served them well in the past. So when we acquired this company and I proposed implementing lean, the attitude of the senior management was, “But we’ve been doing fine with our current culture. Why would you want to change something that’s clearly working fine?” That stance was persuasive for my organization but of course it didn’t create the unified lean culture I was hoping for. But due to the pressures of the acquired company’s leadership, I ended up allowing them to voluntarily come to lean.

They kept resisting, so we tried convincing them by inviting their management to our office to see how lean was done. But while they thought lean was interesting, they still wouldn’t switch to it because they saw it as an extra burden and a threat to their culture. As time passed I realized they weren’t going to go lean voluntarily without pressure, so I invited them back and made it clear to them that lean was not optional and they had to participate. That was how I learned that lean as an option just won’t work – from that point they began the lean transformation.

What are some tips that you give your clients about implementing lean and making sure employees take it seriously?

The most important tip I can give is to use the words “We are all going to do this.” You need to clearly and directly explain the situation, why lean is necessary, and what everyone is going to get out of it. Whether it’s to maintain a competitive advantage, you need to continue growth or you see an industry-wide crisis incoming, your staff needs to know exactly why they should care about lean.

I think this has a lot to do with what John Shook says about how a successful lean transformation is situational to every organization. I don’t think just prescribing a model or set of tools and telling people they have to use them is very effective. What’s more effective is telling them “Let’s grow and learn together and make this transformation our own. But we’re NOT going back.”

And if the employees still resist?

Good question. I describe the approach to that situation as a tourniquet. With a tourniquet you need to apply nice, steady pressure all the time. Too tight and you cut off the flow; too loose and the poison starts to spread throughout the body. Resistance has to be met with steady pressure. Furthermore, senior staff have to stand up to the mantel of leadership and not relent when they face resistance. They need to be confident in the fact that this is their decision and this is what’s right for the organization. 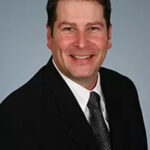 Prior to joining LEI faculty, Chris worked for Wells Fargo as Divisional Operations Senior Vice President. During his last 10 years at Wells Fargo, he focused on forming a new division based on the blend of lean principles, culture and tools. Over a 5-year period, this division achieved the following…

10 Tips for Getting the Most Value from Value-Stream Mapping

Article by Judy Worth

Why You Should Share, Not Present, Your A3 Report