Kata. It’s a wonderful practice that gives us a scientific method for hitting our goals and building a robust lean culture. Yet LEI Kata Instructor Beth Carrington has seen too many leaders make a critical mistake that can undermine their Kata efforts at the roots. Today she shares that mistake and how we can avoid it.

Let’s start from the ground up. What is the role of coaching in Kata?

The idea of the Coaching Kata is to help embed a specific and desired way of thinking and acting that a learner habitualizes through frequent, intentional, and course-corrected practice. The desired ways of thinking and acting are built on the scientific method, helping the learner learn how to recognize and overcome obstacles, through experiments, on their way to achieving goals beyond their threshold of knowledge. This scientific approach builds an innovative approach to achieving goals instead of an implementation approach. For example, think of doing a quick-cycle plan-do-check-act (PDCA) process: laying out an experiment, then comparing our prediction with what happened, and then learning from that moment before continuing with the next PDCA cycle.

So the role of the Coaching Kata is to teach this scientific approach through structured, short, but frequent coaching sessions. The Coaching Kata teaches the thought pattern (mental model) where a learner experiments to learn how to recognize and overcome obstacles on their way to achieving goals beyond their threshold of knowledge. The Coaching Kata involves structured sessions between a coach and a learner that follows a very defined pattern, frequently repeated (as close to daily as possible), and allows the coach an opportunity to give course correction feedback to their learner.

The Coaching Kata teaches the thought pattern (mental model) where a learner experiments to learn how to recognize and overcome obstacles on their way to achieving goals beyond their threshold of knowledge.

We practice both the Coaching Kata and Improvement Kata during our two- or three-day courses to expose people to these routines to build their awareness. Then, through Master Coach practice, we prepare them for their own intentional, deliberate practice in their organizations.

So it stands to good reason that many managers out there want to Kata coach their direct reports right away. But is there a pitfall in them doing that?

Oh yes. The common flaw in that rush to coach is that many managers will just jump in, believing they can teach this routine without first making Kata a habit or learning the methodology behind it themselves. When a manager takes the time to learn and habitualize Kata, they create what I would refer to as a mental construct about what the Improvement Kata looks and feels like, so they can internalize it themselves. Then when they do the one-two-three of coaching, they will have a mental construct to compare their learners’ behaviors against.

Kata isn’t exactly something you can just dive into headfirst. Why do so many managers think they can do Kata without learning and practicing first?

One, it’s probably how they have been managed since they first entered the workplace. Every manager tends to work a little bit differently, and what we might do is pick and choose the behaviors we like and hopefully incorporate those into our behavior. So as we become managers, we’re doing it the way we think an effective manager does it. And that’s a disaster waiting to happen.

They desire to have one routine, and they have made a very concerted effort to create what we would call a Meta Habit. A Meta Habit is a routine that can be used against any content: any process, at any level in the organization, it’s one routine to fit all. Unless the organization launches one consistent, concerted effort to build its own Kata or structured practice, they will have three thousand ways of coaching people, and it’s hard to develop anyone that way. So the idea of the Coaching Kata at its core is having one routinized approach to develop people’s capabilities to think and act scientifically.

So what’s the remedy? What’s the best way for managers to properly learn Kata so they can coach others?

These three elements are part of what the manager has to do: practice the Improvement Kata deliberately, perfectly, and frequently. Hopefully, they practice under their own coach’s guidance, so they’re getting the corrective feedback they need to make their practice perfect.

And I also like to remind Kata coaches-in-training that the frequency of practice sessions is more important than the duration. When we begin to work with organizations embedding the Coaching Kata, we suggest coaching sessions that take just fifteen minutes but are done every day, or at least as close to every day as possible. Neural science tells us that very frequent, short bursts of learning are better than one long learning session.

Editor’s Note: Develop a way for you and your team to dependably and quickly navigate the challenges and uncertainties standing between where the organization is now and your objectives. Join the Improvement Kata/Coaching Kata Remotely course starting October 25.

Learn how to use the Improvement Kata, a practical and proven method to systematically navigate that “gray zone” between the current state and your target and learn how to teach this method to your team. 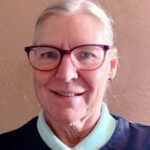 Since 1999, Beth has dedicated her career to coaching organizations through their lean transformations as an independent consultant and instructor at LEI and other global organizations, such as the University of Michigan (Ann Arbor). As an Improvement Kata/Coaching Kata Master Coach since 2009, Beth has worked with organizations to build…