Josh Howell, president of LEI, and Sarah Kalloch, executive director of the Good Jobs Institute, see themselves as improvement nerds of sorts, leading organizations dedicated to improving work environments. In a clip from the most recent episode of WLEI, Host Tom Ehrenfeld prompts them to discuss the importance of creating work situations where people are engaged in improving their work — for the benefit of themselves, their colleagues, and customers — while delivering meaningful business outcomes. Find a lightly edited transcript below.

Tom Ehrenfeld: “As I listened to you guys talk, I do believe that we as improvement nerds, as good jobs nerds, share a common basic principle, which is an appreciation of how unbelievably gratifying and delightful it is to get things done better. This is not waxing rhapsodic, but simply recognizing the dignity of that person doing the work and experiencing a better way to do it in a way that’s fomented by the environment. In a way that’s supported by their team leader and guided by these, what are at times, elaborate principles, but essentially flexible principles. And to me that is the compelling existential reason for doing this work.

I think that finding ways to help companies set that up as a goal and then commit toward achieving it is vital. What do you guys think?

Sarah Kalloch: “I think my favorite work word is dignity. And I think when you ask people to deeply understand and engage with their work and bring up ideas for improvement, it generates such a sense of purpose and belonging and a real sense that they’re able to drive and improve the business and that’s just incredibly important.”

Josh Howell: “Yeah. I agree with you, Tom. I do think that’s kind of a shared source of motivation by Sarah and myself, by our fellow improvement geeks, as you described us. I’ve found almost across the board that that is a motivating factor for almost virtually everyone.

It’s really challenging to organize everyone in such a way where the actions that they’re taking from that motivation are effective ones to deliver meaningful business outcomes. That’s the trick.

I think the challenge that we face is not whether people are motivated that — by helping others improve, helping others be successful, bringing about positive outcomes for customers. I think it’s more about how do we enlist and engage and guide folks to participate in that? To be improving their work, to be making things easier for themselves and their colleagues, to be making things better for their customers. How do we get folks doing that in a way that’s effective and efficient and also delivers improvement for the business itself, which is, like it or not, the premise under which we’re all gathered here together today?.

It’s really challenging to organize everyone in such a way where the actions that they’re taking from that motivation are effective ones to deliver meaningful business outcomes. That’s the trick. And unless we in our daily practices, in the projects that we’re involved in or whatever, unless we’re able to close that loop entirely, I think we’re going to continue to experience frustration, disappointment, and create cynics. Create folks that are skeptical about whatever kind of good idea, lean idea, maybe out there. We have to find ways to overcome that.”

I want people every day at the end of the day to feel that they have contributed to customers’ lives, to their company getting better. And right now, a lot of companies aren’t set up to give people that sense of purpose and meaning, and they should be.”

Sarah Kalloch: “I agree with you. A few years ago, I worked a frontline retail job, and I came in with a training class of six people. And man, I was not the best. I was not great at the cash register. My peers had a great skillset and they had great ideas, and several of them brought those ideas to management as did I. We were not listened to, and it put us in a cycle of doing stupid work, not being productive, failing in front of the customer, and leaving every day tired and demotivated and discouraged. And honestly feeling really pretty bad about yourself. And that’s where dignity comes in too. I want people every day at the end of the day to feel that they have contributed to customers’ lives, to their company getting better. And right now, a lot of companies aren’t set up to give people that sense of purpose and meaning, and they should be.” 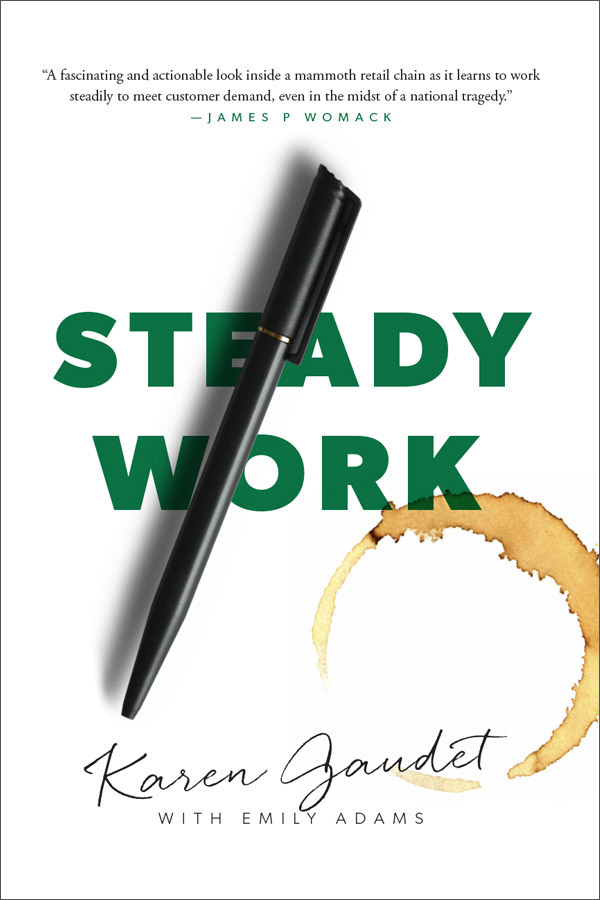