It is always refreshing going to the gemba – actually walking a value stream all the way through an organisation. This is where I learn to collect the questions to think about next. There is no doubt in my mind that all managers should walk their value streams as frequently as possible. By asking the right questions you can quickly discover almost all the things that need to be done. And because everything ends up on the shop floor it also reveals a lot about how management actually thinks. After all the shop floor is a reflection of management!

In one company making good progress with lean, an operator was showing me his daily production instructions. We discussed the problems that were holding him up that day. I then asked how often he was able to complete his daily plan. Without hesitation he replied – never! So what do they do then? They just change tomorrow’s plan! This was very revealing to the senior manager accompanying me, who was the proud architect of the central planning system that was “optimising” production in each operation in each of their plants. This prompted a very interesting discussion when we met the management team later that day.

In another company I followed a top manager on a whirlwind tour to rally the troops. Accompanied by an army of staff he offered the shop floor team all the assistance they needed to accomplish their work, before he ran off to his next appointment. They looked baffled, because it was clear no one had told him they did not actually have enough work to do – the problem lay elsewhere. They were held up waiting for engineering drawings to arrive and for suppliers to deliver the right parts. Other departments were responsible for sorting out these problems.

In truth these events could have happened in most of our organizations, and not just in manufacturing. The reality is that as soon you begin asking the five whys across departments the trail goes cold. Because no one is responsible for the value stream as it flows through the organisation. Once someone is appointed to be the value stream manager the first thing they need to do is to ask lots of questions.

One place to start asking questions is with planning or scheduling. Most planners were trained on simulations which assume that if only the world would behave according to the plan things would work out as they should do. To them improving the plan is all about collecting more data, improving data accuracy, getting better forecasts etc. When problems occur they find it difficult to acknowledge the extra volatility their frequent changes to the plan create – which usually make the situation worse and not better.

Toyota starts from a completely different assumption. They assume that even the best processes will continually be subject to frequent interruptions. So they pay a lot of attention to tracking progress in real time and to designing lean response processes to get back on track as quickly as possible – so plans are actually met every day! They also take responsibility for actively leveling and filtering out the noise in orders being passed to operations, in order to create as much stability for them as possible.

And they then go to work on the problems – using the common scientific approach to problem solving through root cause analysis and experimentation, which every manager and engineer learns from the day they join the company. So the second place to ask questions is in operations itself. What are the most frequent causes of interruption in the value stream and is there a problem solving capability ready to solve them? It is staggering how much attention Toyota continues to place on problem solving and on improving the basic stability (right first time on time capability and equipment availability) in every activity.

The third place to ask questions is in the other functions like purchasing, marketing and sales, human resources and engineering. For instance, I continue to be amazed how many firms are reluctant to take full responsibility for reconfiguring their supply base and synchronizing the operations of their suppliers with their own. Almost certainly they have too many suppliers, who are usually too far away to respond quickly enough. Compressing their end-to-end value streams could remove layers of cost while also minimising its impact on the environment.

Likewise I am also surprised how many firms are reluctant to challenge their existing distribution channels. Some firms are learning that selling direct to end customers through the web generates additional sales, rather than cannibalising existing channels. They are also learning that listening to customers can show how to eliminate unnecessary costs while improving customer service. Once you begin a win-win dialogue with customers who you know by name the opportunities for improvement are endless. Just watch what happens when Tesco surprises the world with it launches its new convenience retailing format in California early next year.

So the question to think about is who is asking the right questions about how to improve each value stream in your organisation?

Subscribe to the Virtual Lean Learning Experience, a continuing education service offering the latest in lean leadership and management. 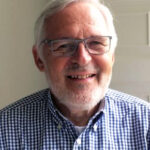 Founder and Chairman of the Lean Enterprise Academy in the U.K., Daniel T. Jones is a senior advisor to the Lean Enterprise Institute, management thought leader, and mentor on applying lean process thinking to every type of business. He is the author with James P. Womack of the influential and…