The Lean Post / Articles / How do I implement 5S when operators think everyone does things a little differently?

How do I implement 5S in our small but growing shop where operators have the belief that everyone does things a little differently?

Everyone always does everything a little differently. That’s the point. A goalpost of successful 5S is that anyone should locate what is needed – a tool, a part, a document – with their eyes closed. But the real aim of 5S is getting the team to come together on routines that support smooth and seamless standard work.

Let’s take a looong step back. How do these two orange circles compare? 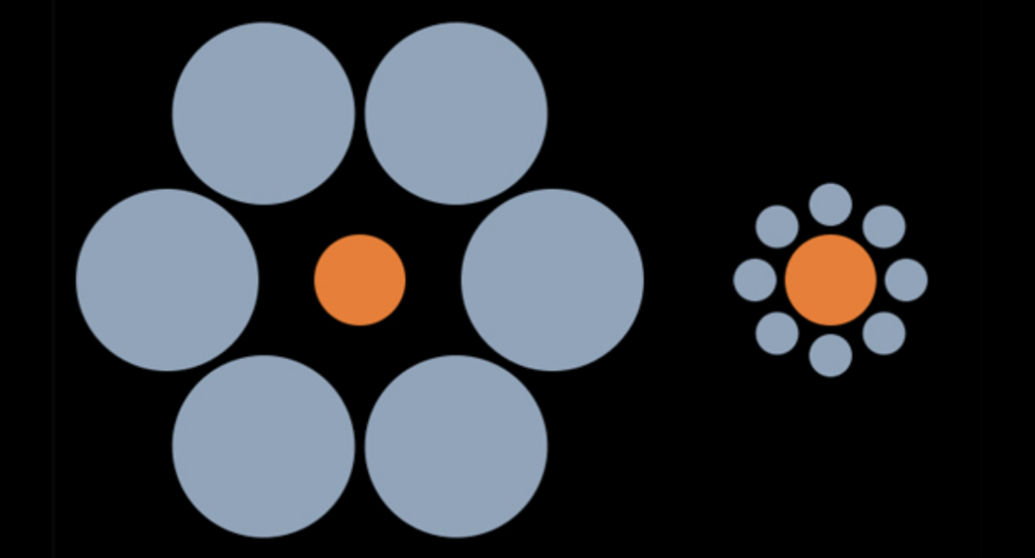 You can look at these other great illusions from Dr. Pascale Michelon. Or ask yourself which of these two lines is longer: 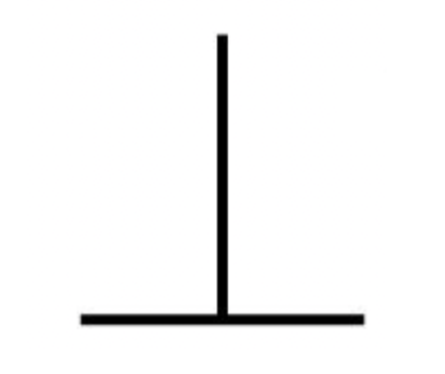 This one is straight out of Taiichi Ohno’s Workplace Management book – right in the beginning.

When you look at illusions such as these do you feel that:

The answer is 2. Your brain is working perfectly to interpret the world out there and you’re tricking it by putting it in unusual and rare conditions. The point is there is reasoning in thinking.

We tend to think that we see, then we interpret. But the truth is that we interpret as we see. There are all sorts of cognitive stuff happening during vision and, actually, 2/3rds of the brain is involved in vision with up to 30% of the cortex dedicated to it (as opposed to 8% for touch and 3% for hearing).

Because there is no filter on vision, we believe what we see, instantly and unquestioningly. That is why clarifying a visual presentation is so important. When you start looking at something you’re already thinking about it. The important point here is that you won’t be reasoning the same visually as you’d do through touch or language.

Lean has a long tradition of this, and my father’s sensei quotes his own sensei in saying:

“Use feet/hands/eyes to see the true facts with genchi genbutsu by yourself :

The upshot is that how elements of work are visually positioned has an impact on how work is done and how we think about it.

The second mechanism to consider is habituation. When we do something repetitive, the brain imprints it and stops thinking about it. Your hands open the drawer to find the tea spoons without thinking – and you’ll start thinking again if they’re not there. Again that makes sense, we clearly don’t want to have to think about everything all the time.

The downside of habituation is that we lose sight of weak signals and tend to proceed as if everything is normal even if there are signs something is out of joint – which mostly leads us into trouble later.

Think of 5S as a “purification of space” method. After a job is done, and then during the job, bring back the work environment to its clean form. You train to:

5S is powerful precisely because everyone does things a little differently. Creating a culture of quality rests on, first, having high standards for quality and illustrating it through daily behavior of not letting poor quality pass. But it also rests on collective routines to establish quality. Self-inspection is one such set of routines, but 5S, the control of the conditions for quality is another key one.

Rather than “implement” 5S, the real questions to ask as you grow are:

Looking is thinking. A unique aspect of lean is understanding the huge part visualization plays in seeing the ideal, spotting waste and problems, and resolving situations astutely. 5S is the first step into this form of thinking – it can’t be implemented. It can only be taught.

A Spotlight on Leaders: Re-Thinking the Retail Food Industry

The Five Steps of Lean Implementation