The Lean Post / Articles / How to Optimize the Use of Staff Skills and Time by Making Capacity Visible: An Example from Accounting

A question that frequently comes up in applying lean thinking to accounting and finance is, how do we understand and make the best use of the capacity – skills and time – of accounting team members? To answer this question, we consider the lean wastes of overburden and neglect (not making the highest and best use of staff capabilities). Then we can make a critical connection between our accounting professionals’ valuable capacity and how effectively the organization is benefitting from it to drive improved performance.

In transactional work, whether it’s the work of an assembly specialist in an automotive plant or an accounting specialist processing payables, we can look at the transaction cycle time and number of transactions and compare them to the available work time to make capacity visible. For many accounting teams, however, the work isn’t limited to a single, self-similar set of transactional work from one day to the next. The tasks may be the same (e.g., analysis or reconciliations) but may take more or less time depending on the content, scope, or requirements. There may also be a variety of tasks, some recurring and some ad hoc, that the accounting team needs to fit into its daily work. So, how can we get a handle on the accounting team’s capacity and make it visible, so we can avoid invisible overburden?

Rather than a technical discussion of various measures of capacity, and to avoid the less-than-satisfying answer, “it depends,” let’s look at an example (drawn from actual case studies) that ideally can be translated and adapted to different types of teams and work responsibilities.

Studying a Team with Diverse Responsibilities

Our example is a finance and accounting team with very diverse responsibilities, including financial planning (budgeting, forecasting, and variance analysis), decision support, business case analysis, various month-end close tasks, various regulatory reporting responsibilities, and monthly management accounting reports. Some of the work was recurring; some of it was ad hoc or on-demand. Members of the team felt overburdened, and their internal customers wanted to be able to get reports and analyses in a more consistently timely fashion. Customer requirements were also changing as the organization was adopting lean thinking, and the team needed to be able to evolve their products and services. The team and their leader were challenged with making the work visible in a way that would help the team plan for and manage the timely completion of work without adding unnecessary administrative waste to their already full plates.

The team’s initial reaction was that all of the work is different, that ad hoc work cannot be planned. There was significant resistance to doing time studies because of the administrative burden and, even more so, because of a lack of confidence that they would be helpful. Over time and a series of experiments, they developed a system that allowed them to organize, measure, and plan their work. These are the elements of the system as it evolved:

This capacity management model, process, and visual tool allowed the team to look three months in advance, identify individuals on the team who had a heavier vs. a lighter planned work burden, and find opportunities to level and support the work differently. Together, these benefits helped the team produce deliverables on time.

In the following sample visual, each row is an individual staff member. The first eight columns are historical data (including the current month), the last three columns are the future month forecast. The data represent FTE (note that it’s possible for an FTE over 1.0, reflecting significant overburden). More orange represents a higher workload, while more green indicates available capacity. 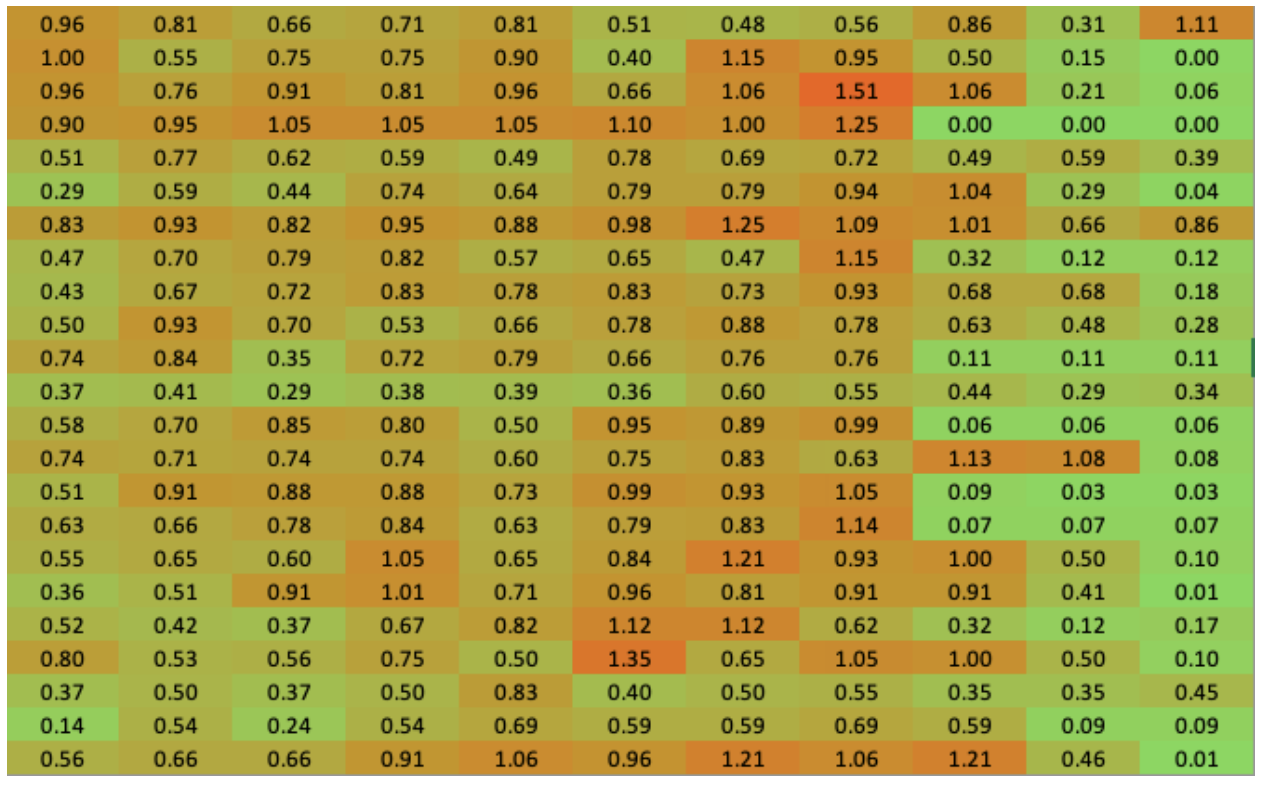 The Benefits of Making Capacity Visible

Once the management model, process, and visual tool were in place, the team took on fewer tasks and projects simultaneously, but work moved through more quickly overall. The result is not exactly single–piece flow, but visually managing the work-in-progress helped the team increase effectiveness, efficiency, and staff satisfaction. The management team had a weekly planning huddle during which they checked near-term deadlines and reviewed the team’s capacity overall to make adjustments to level the work. If work was not on track to meet a deadline, the management team was able to develop countermeasures and involve and support staff in getting it back on track. The forward-looking visual helped with the assignment of new work and ensure that no team member was overloaded with projects, which had happened in the past and contributed to analyses taking longer than expected to deliver. Making the work visible and using it to level the work across the team also brought revealed cross–training opportunities that weren’t previously evident.

This example demonstrates how a Finance and Accounting team used lean thinking to make capacity visible, which, in turn, helped it better manage workload and deliverables, reduce individual work overburden, and improve the team’s ability to use their skills fully. There are certainly many other examples; hopefully, this one can spur a discussion and sharing of other ways accounting teams are making the best use of their skills and time.