Our first daughter was born on March 9, 1984, and a few weeks later, our whole little family went to see the pediatrician for her first well-baby checkup.

We had a wonderful first appointment with our doctor. He taught us how he gave shots without tears. He also taught us that babies move their fingers to every syllable they hear until about a year old, thus it is important to communicate frequently with spoken words. He also taught us to pay attention to how our baby interacted with us and, when she started moving her hands and arms over her heads, to know that meant she was in information overload. ‘

For nearly twenty years, the doctor continued to share these types of lessons in every visit with all three of our daughters. I tried hard to never miss an appointment, as I found the whole experience utterly fascinating.

Yet one disturbing constant remained: there were almost never other children in the waiting room. I believe we had stumbled upon one of the most amazing doctors I would ever meet. He was so good in so many ways. So why, I wondered, did he have so few patients? One thought haunted me: Was the good doctor just a bad businessman or was this intentional? Had he figured something out about creating order and avoiding chaos? I could kind of get how he could do that with planned well-baby checkups, but what about the urgent unplanned visits? There’s no way you could predict them, right?

In 2013, nearly thirty years after our initial meeting in the good doctor’s office, I was working on my first book and I began wondering whatever became of our retired pediatrician. I wondered if he was even still alive. So I Googled “Dr. John Gall.”

What came back gives me goose bumps even as I write these words. I quickly learned that Dr. John Gall was not only a wonderful pediatrician and acclaimed professor at the University of Michigan Medical School but also the author of a series of books originally called The Systems Bible and later System-antics. Dr. John Gall, it turned out, was one of the world’s leading systems thinkers.

Not long after, I went to visit John and his wife, Carol, at their home in Minnesota. I learned what I had always feared: his quiet, empty waiting room was intentional. He knew precisely how long his pediatric checkups would take. He knew exactly how many urgent time slots he needed for patients each season and set them aside, so he could always see you the same day if needed. My heart sang to finally learn how important being intentional about your systems and your culture was to creating joy.

I am sharing this to pass along the key lesson for me, which is that systems thinking really is critical for developing a bench and culture of great leaders.

When you think about the systems you need in place for your organization to move forward, consider Gall’s Law:

Several years ago I met someone who suggested to me that leaders who create joyful environments are invariably systems thinkers. This is juxtaposed with those who try to create hero-based cultures that are laden with personality-based antics rather than simple, measurable systems. 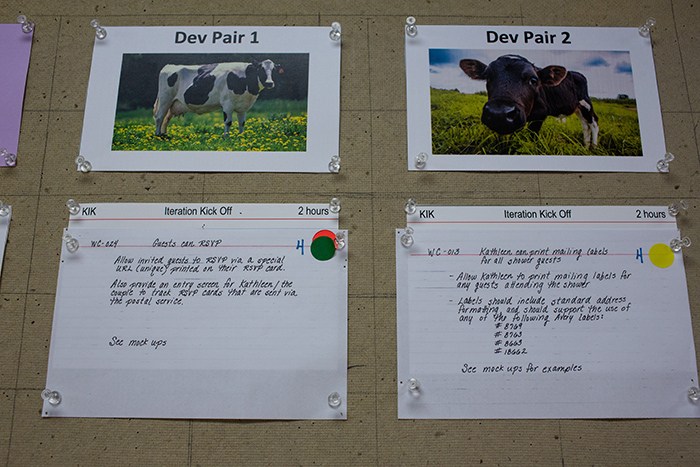 When things are going poorly within a team or an organization—deadlines being missed, budgets blown, sales targets falling short, quality problems soaring—a leader has a few fundamental choices to consider:

This is random, and this is nothing we can do but try harder next time.

If we had better people, these things wouldn’t be happening.

There is something wrong with our system (for sales, scheduling, forecasting, budgeting, quality, etc.)

Systems thinkers always start with the attitude that improving the systems is the best route to improvement, success, and ultimately joy. Dr. Gall was a great doctor, but it was his system that led to order over chaos.

Imagine the closed-door sessions of many top executives when things aren’t going well. How many, in a moment of frustration or business anxiety, aren’t tempted to say, “You know, if we only had better people…”

This happens all the time in the software industry. We are littered with the A-player myth mentality. If quality sucks, the team let us down. It couldn’t possibly be that we didn’t accurately predict how much work there was before we set the impossible schedule. If the team misses a deadline, it’s because they just were not dedicated enough to step up and make it happen. It couldn’t possibly be the case that our system to estimate workload was flawed.

Systems-thinkers constantly look for ways to make the “system of work” more humane, more predictable, and able to produce higher quality and foster pride in a team that has the best possible chance to do great work.

Gall’s Law says that a complex system that was designed in a complex manner from the start never works. That’s probably why a core tenet of the agile movement, one that has been endorsed by Kent Beck, author of Extreme Programming, is: “Do the simplest thing that could possibly work.” And yet, most software (or, fill in the blank) teams do the most complicated things. At Menlo we always aspire to this simplicity in everything we do, ranging from using yarn on a board to indicate schedule performance, defaulting to paper-based tracking rather than digital forms, and using simple handwritten index cards to outline potential work and then folding the cards to the size of the estimate so that an 8 hour card appears twice as big as a four hour card.

Such a systems design ideally produces a quality of “positive stability,” a phrase that refers to the ability of aircraft to return to their original position of stability after being buffeted by turbulence or other factors. When it is thrown off course, it naturally rights itself. At Menlo, we try to design our systems to be positively stable in order to lessen the workload of the leaders preserve the energy of the humans to be available to take care of what needs to be taken care of. This work starts by seeking the simplest approach possible.

I believe that intentional cultures thrive when the simple systems put in place reinforce every cultural intention and that systems thinkers will always start with the attitude that improving the systems is the best route to improvement, success, and ultimately joy. Dr. Gall was a great doctor, but it was his system that led to order over chaos.

Learning how other organizations use and benefit from lean thinking and practices will inspire you as you take the next steps in your lean transformation — and give you the information and inspiration you need to do so.

Menlo Innovations CEO Rich Sheridan had an all consuming thought during a difficult mid-career in the chaotic technology industry… things can be better. Much better. He had to find a way. His search led him to books, authors and history, including recalling childhood visits to Greenfield Village every summer. The excitement of the Edison Menlo Park New Jersey Lab served as his siren call to create a workplace filled with camaraderie, human energy, creativity and productivity.

Ultimately, Rich and his co-founder James Goebel invented their own company in 2001 to “”end human suffering in the world as it relate to technology”” by returning joy to one of the most unique endeavors mankind has ever undertaken:  the invention of software.

Their unique approach to custom software design, they named it High-tech Anthropology® has produced custom software that delights users rather than frustrating them. The programming team creates the software that works every day without the emergencies that are all too common in the tech industry. The process itself is so interesting that almost 4,000 people a year travel from around the world just to see how they do it. Many spend a week or more studying “”The Menlo Way”” being taught by the Menlonians who love to share their experience and knowledge.

In 2013, Rich and his publisher Penguin Random House took a chance that a business book with the words joy and love on the cover might have impact. They had no idea how the world yearned for such a message. His best selling book, Joy, Inc. – How We Built a Workplace People Love now has Rich traveling the world speaking about joy, creativity, and human energy in the workplace.