Staying true to lean principles leads to good outcomes, and the James P. Womack Scholarship and Philanthropy Fund (JPW Fund) is emerging as a prime example. The Fund, launched in 2019, adheres to fundamental lean principles to achieve the Lean Enterprise Institute’s goal of creating and providing innovative gemba-based learning opportunities.

The stories of the Fund’s first grants illustrates how it epitomizes lean principles and practices, including eliminating waste in work processes, going to the gemba, using plan-do-check-act (PDCA) problem-solving based in experimentation, and, perhaps most of all, working to improve the lives of everyone involved in value-creation.

The JPW Fund originated as all lean initiatives do — indeed, as lean thinking itself did — to solve a problem. According to Matt Lovejoy, who, as an LEI board member, led the team creating the internship program, the problem, in this case, was: How do you create more lean thinkers? The team contemplating this question recognized the dearth of lean curricula at every level of academia and the resultant waste of rework — reeducating those steeped in traditional management.

“To this day, lean thinking and practice is infrequently taught in our education system. With a few notable exceptions, universities remain committed to curricula that are out of touch with the problems of the real world,” Jim Womack, founder and senior advisor to LEI, lamented at the time. “Companies need critical thinkers and creative problem-solvers, not memorizers of formulaic solutions — still the content of many university courses.”

Worse, he noted: “As a result, companies find they must reeducate (rework — one of the worst forms of waste!) recruits hired from even the best universities.”

Lovejoy adds that lean practitioners’ belief in “learning-by-doing” informed the programs’ design. “Once [the interns are] able to apply these concepts and notions to a real environment — where you have real people who have real opportunities to improve — it allows them to see how the training they’ve had previously in a classroom setting can be applied in the real world.”

With these ideas in mind, the program’s founders set out to eliminate the need for such rework by offering learning opportunities in which students could practice lean management in a real-world setting while still in school.

As planning commenced, explains Lovejoy, who oversaw the JPW Fund until May of 2020, a small group of LEI board members — Womack, Jose Ferro, and him — and former LEI executive John O’Donnell sought to connect the idea of funding lean research and education to LEI’s broader mission: to make things better for customers, employees, owners, and society-at-large by advancing lean thinking and practice.

“Jim Womack wanted very much to make sure any effort we put forth would actually benefit society,” Lovejoy explained on a WLEI podcast. “So, he came up with this catchphrase, a paraphrase of Poor Richard’s Almanac, saying, ‘why don’t we just do good by doing good?’ And that caught on.”

Jim Womack wanted very much to make sure any effort we put forth would actually benefit society.”

The idea prompted the group to attach a condition to scholarship funding: “that the gemba would be a community-based service,” he added. Ultimately, the team decided to conduct a pilot project that would fund internships that provide students with hands-on, problem-solving experience at mission-driven gemba under the guidance of an LEI coach. “As such, we could help community-based service organizations, help the students, and promote lean learning at the college and graduate level,” Lovejoy explains.

The team also decided to support the internships by supplying books and other learning materials and, when possible, recruiting an LEI coach to work with the interns in partnership with their academic coach/advisor.

With the criteria determined, Lovejoy set out to identify colleges and universities offering coursework in lean thinking that would partner with the JPW Fund to offer community-service-based internships where students could put theory into practice. Lovejoy notes that several universities “are making a valiant effort to add lean to their curricula.” However, “Very few formal programs are centered around lean in this country.”

In his research, he discovered the Pawley Lean Institute (PLI) at Oakland University, a Michigan State University affiliate in Rochester Hills, Michigan. The Institute, established by Dennis Pawley, an OU alumnus and a former director of manufacturing for Chrysler, offers an interdisciplinary approach to lean/continuous improvement education for students in OU’s School of Education and Human Services (SEHS), School of Engineering and Computer Science (SECS) and the School of Business (SBA). Also, the programs’ lean management courses require students to complete a hands-on project, so it already had the infrastructure to oversee the JPW Fund pilot.

Upon talking with Dennis Wade, the PLI’s executive director, “we hit it off immediately,” Lovejoy says, recalling that he thought, “Wow, this is too good to be true.” Wade jumped at the idea of creating the new lean internship program, thinking it could become a way for students to augment their coursework outside the classroom, being paid for their time rather than earning course credits. (See “Unique Philanthropy Does Well by Doing Good.”)

Lovejoy found the second partner at California Polytechnic State University (Cal Poly) in San Luis Obispo, where Eric O. Olsen, professor in the Industrial Technology department at the University’s Orfalea College of Business, teaches courses in lean thinking and continuous improvement. Olsen also is the founder and heads Central Coast Lean, a “community of lean practitioners,” which, with Cal Poly, forms a “lean learning ecosystem,” he explains. “So that’s why the [JPW] Fund was a natural fit for us,” Olsen says, adding that, in his view, the JPW Fund became “part of that ecosystem.”

The fact that we’re funding students to both learn and also help the nonprofit at the same time, that was a very attractive piece of this.

Olsen says that the internship’s focus on community service organizations was an excellent potential addition to Cal Poly’s existing approach to coordinating the placement of students at for-profit companies. “So, the fact that we’re funding students to both learn and also help the nonprofit at the same time, that was a very attractive piece of this,” he says. Noting that Cal Poly students are in high demand for both internships and employment, Olsen adds: “This program is about giving those nonprofits access to this pool of talent with these kinds of skills,” where they would otherwise be priced out of the market.”  (See “Philanthropic ‘Lean Internship’ Experiment Yields Unexpected Question About Purpose.”)

With OU and Cal Poly, the JPW Fund explored two internship models — the educational institution has free reign in designing the internship if it meets the criteria of offering students hands-on lean management experiences at community service organizations. At OU, students work on kaizen about 10 hours per week over 10 weeks during the academic semester. At Cal Poly, students devoted 40 hours per week during the summer, mid-June through the end of August, working alongside others, with their lean thinking and practice efforts embedded in the work. In both instances, the interns earn $10,000 for their work.

While Wade and Olsen celebrate the internships’ successes, the two programs’ futures diverged. At OU, the internship program has become part of the PLI programming, having offered internships to two students each semester since the Fall of 2019. Meanwhile, Cal Poly sponsored only one due to having fewer administrative resources and complications from the pandemic. Still, Olsen says he’s “definitely” considering working with the JPW Fund to offer the internship in the future, adding that he’ll need to create a process to recruit students for it. He notes that he selected the first interns-community service organization pairing in an ad hoc networking process. So, to formalize the program, “it’s going to take a few more turns of the crank to figure out how to make the scholarship process lean enough for us.”

Reflecting and Determining Next Steps

Having reviewed and reflected, completing the “check” phase of its PDCA problem-solving effort to eliminate the waste from the lean education process, the LEI board of directors is pleased with the results. Now, it is determining its next steps toward growing the internship program. In the meantime, it continues funding the OU-Pawley Lean Institute. 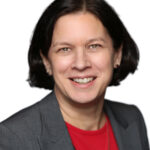 For 25 years as a business journalist, media strategist, and public speaker, Pat’s reporting and research have helped inform executives about adapting to the latest business issues, including the rise of digital technologies, employee engagement, and lean management. As an independent journalist, she wrote about lean and digital strategies for…

Thanks Bob, for the recommendation. We’ll certainly consider it for the future.

It seems you missed my university, Central Connecticut State University, where we have had focused undergraduate and graduate programs in Lean for nearly 20 years. A massive oversight on your part.