The Lean Post / Articles / The Art of Lean: An Introduction to Muda, Mura, and Muri

Hi everyone. This is Art Smalley, president of Art of Lean, Incorporated. Today, on behalf of the Lean Enterprise Institute, I have another improvement video for you. Last time we talked about the concept of E.C.R.S., which stands for Eliminate, Combine, Rearrange, and Simplify. It was an early American or Western methodology that had a lot of influence on the early stages of kaizen development inside Toyota through the Job Methods program.

Today, we’re going to talk about three concepts that are more Japanese in origin. Collectively, we call them the three “mus,” short for muda, mura, and muri, three Japanese words that have some ability to translate into English, but they don’t quite fit perfectly, so we often leave them in their original Japanese form.

In this video, I want to expand upon some of the concepts in these two books Lean Lexicon and Kaizen Express, and help you get a better sense of what I mean by the terms muda, mura, and muri and how you have to think about all three when you pursue any type of improvement or Kaizen actions.

An example from the Lean Lexicon

First, let’s explain the basic concept of muda, mura, and muri using an example from the Lean Lexicon. This example is on pages 66 and 67 if anyone wants to look it up and check me. It uses the example of a truck carrying some material between stations – between factories, for example. The truck has the capacity of carrying three tons – three boxes, each weighing one ton. It shows you a combination of things to show how the interplay of muda and mura and muri often come into play together and not in isolation—why you can’t just think about waste alone sometimes.

In the example, if you flip to it or follow along with me on the screen, it starts with an overburden example or muri. Now I’m going to do a follow-up video just on muri that goes more in-depth into it because I don’t think this is sufficient, but it starts explaining the concept in the right way.

You put six, one-ton boxes on this vehicle, and it represents overburden because the truck is rated for three tons. So, this is unsafe, it’s beyond the standard capacity, it might break the axles, it might tip and fall – a variety of bad things may happen. So that represents waste, even though it looks like value-add just looking at it, right? Six boxes on a truck looks efficient, but it’s not safe and overburdened. So, it’s muri, even though it may look like value-add at first glance.

The second example is now two trucks carrying the six boxes, but one truck is carrying four tons, and the second truck is carrying two tons. Again, at first glance, you can look at this and say, well, I don’t see the waste, right? Both are carrying something value-add, but the assumption hidden in this one, explained on the next page, is that each truck is rated for three tons. And we also have to assume this is in value-add in proportion with customer demand, needs to be on time, in place, at a certain just-in-time quantity. This is now unlevel, mura, because it has four on one, on two on the next. So, that’s not ideal and mura, which again, I’ll do a follow-up video just on mura that goes beyond this, but this gets the basic concept across. You can have unlevel schedules, a fluctuation in schedules – the fluctuation of work on a human or a machine it’s unlevel. You can also have process capability fluctuations in terms of variation. So, a lot more ways to think about mura, but this one example gets at the basics of it.

Then it shows an example, third of muda, which again, at first glance, it doesn’t look bad. Three trucks, each carrying two tons of material. So, two, two, and two, and it certainly looks level. And at first glance, it looks like value-add, but there’s actually waste implied in this because the truck is rated for three tons. So, each truck is carrying one ton less than it could, and the third truck is unnecessary. So, in a just-in-time fashion, if we conveyed the right amount, inthe right time, right quantity, we would just need two trucks is the implied meaning behind this example. Hence there’s waste in the third truck.

The bottom picture then shows an example of two trucks, each carrying three one-ton containers – that would be the most efficient, effective solution for the example, no muda, no mura, and no muri.

So, I think that’s a good conceptual example to help you wrap your head around it and why you just can’t think about waste one way. Sometimes you have to think about the interplay between muda, mura, and muri.

An example from Kaizen Express

Let’s look at a second example. This one from Kaizen Express, on page four, if you want to look this one up – at least in the version I have in front of me. It has the one-point advice section for muda, mura, and muri – the three mus, muda, muri, and muri. These three are intertwined as it points out. Why you just can’t look at muda sometimes. This book also uses a conceptual example, a graphic here; you see some type of fluctuation over time, a time-series chart, and it points out that the center, gray line represents process capability or capacity of some type. It doesn’t really state. But when you’re over that capacity, whether it’s human capacity or machine capacity or schedule capacity, whatever it is, you’re overburdening the system. It’s too much for what it’s rated to hold. Conversely over time, it cycles downward and goes below capacity – and we assume in this case, the capacity is what the customer wants and needs. You’re under capacity; this would represent a waste or muda.

The difference between these – the peak and the trough – is the fluctuation in this example. I mean, between the top and the bottom. A perfect example here would be a flat line, an example without the overburden or the under burden or waste, and something with minimal fluctuation or no fluctuation, ideally in response to customer demand – one-by-one in sequence, on-demand, or whatever the example is asking for in this case. So, this is another good conceptual way of looking at the concept and why you have to look at the three together and not just one of them in isolation.

We’re going to stop and wrap up the first video here because the idea today was just to explain the basic concepts of muda, mura, and muri, and why they’re interconnected; that you can’t just look at things in isolation. Usually, we look heavily through the muda lens, but sometimes we neglect to look through the mura or muri lenses, which are equally important.

I’m going to do follow-up videos on each of these because they all have slight problems within them. No framework is perfect – the muda framework and the seven types is not perfect, and adding the eighth, doesn’t fix it. And just explaining mura and muri the way we did today is insufficient, I think. I want to put a little broader perspective on it and help make it a little clearer, a better way to think about it. I hope. We’ll do that in follow up videos. But for today, I think this will give you the basic concept and set the stage for what we’re going to do in the next videos.

I want you to think about this in your line of work, whatever it is you want to be muda-free, mura-free, and muri-free in all situations, to the best of your ability or when you spot those, you want to use that as a hint that something’s wrong, and you have an opportunity for improvement or Kaizen staring you in the face. I hope that helps. 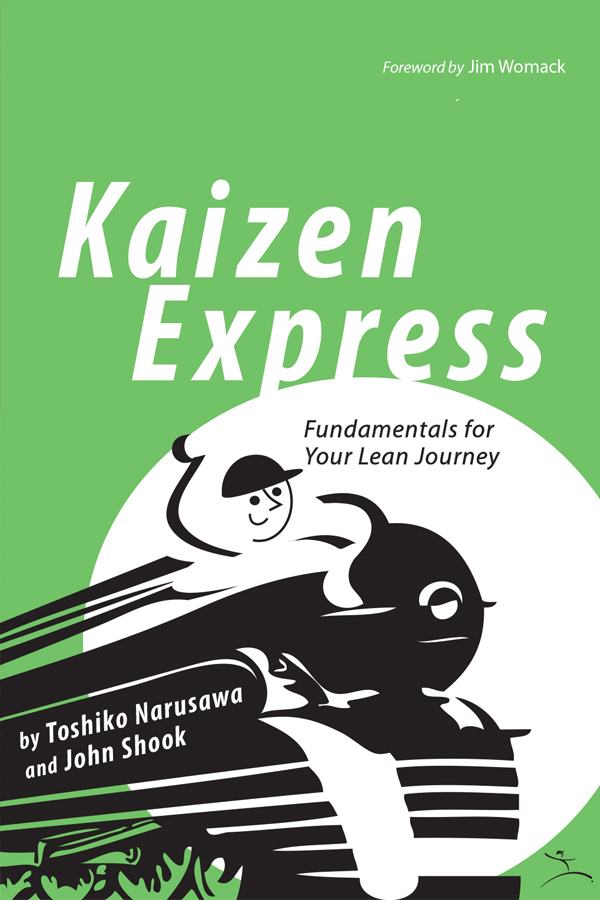 by Toshiko Narusawa and John Shook

Thank you for this keen introduction. I have used Lean tools for quite some time but have never led or been involved in an formalized role to explore Lean in my past roles.

I am trying to do just that and acquire the formal certification and experience and this helps!