The Lean Post / Articles / Believe in One Thing All the Way

“My Father was not educated. The only strength he had was to believe in one thing all the way, that the… (people) have latent capability. The automatic loom was the product of this conviction.” –Kiichiro Toyoda, founder of Toyota Motor Manufacturing, speaking about his father, Sakichi Toyoda, avid inventor and the founder of Toyoda Loom Works.

I love visiting Japan. I have the honor of leading executive development missions to Japan and have done so for the past several years. It’s said that water flowing closest to the source is the purest. Revisiting and leading others, many coming for the first time, to the source of Lean, through a focus on the Toyota Production System (TPS), is reinvigorating, to say the least. Many participants have commented about how they can easily see the “simplicity and discipline” of Lean that has made many companies in Japan, chief among them Toyota, some of the best in the world. The further we get from the source of Lean, the more likely we are to contaminate the practices and forget a key purpose. This is one of the reasons we continue to bring executive groups to Japan, connecting them to the source.

During the most recent development mission I was reminded of Kiichiro’s “latent capability” quote. When I worked at Toyota Motor Manufacturing, we were told the story of how Sakichi would watch his mother laboring at a loom to produce barely enough cloth for the family. The labor-intensive, highly manual loom she used was common in the 1800s and difficult to operate. Having had the spirit of an inventor from early in his childhood, Sakichi invented the wooden semi-automatic hand loom, which allowed his mother, and many others in Japan, to produce more cloth with less physical effort. This story helped those of us at Toyota stay focused on a key purpose of the Toyota Production System: relieve burden for people working in difficult processes.

For Sakichi the problem with the manual loom was in the wasted motion and burden on the operator. He knew the solution to this problem would unleash the latent (hidden) capability in the loom operator. On our latest trip to Japan this story became more relevant to me when we visited a company that partners with Japan Sun Industries (JSI).

JSI was founded by Dr. Yutaka Nakamura who began his career as a researcher in the field of medical rehabilitation and was a champion of using sports as a tool for the rehabilitation of people with physical disabilities. Based on this experience Dr. Nakamura was appointed as the head of the Japanese team competing in the 1964 Tokyo Paralympics. Here, Dr. Nakamura met Paralympic athletes from around the world who were living with a disability and discovered that many of them held jobs and led a complete life. In Japan it was rare that people with disabilities held jobs and made an income; rather, people with disabilities were often considered burdens on their families and society. He saw the international athletes doing “normal” activities like shopping (a result of having an income) and having the confidence to attend Olympic functions and parties due to the social opportunities provided in their home countries.

Dr. Nakamura pondered what he could do to help Japanese people with disabilities enjoy a full, productive life. His answer led him to found JSI in 1965 with the motto of “No Charity, but a Chance!” His idea was to develop joint ventures with Japanese manufacturing companies and create work opportunities for Japanese people with disabilities. He thought that, with his insight into what people with disabilities were capable of doing, he and the right partner company could develop work processes to accommodate nearly everyone. Furthermore, his vision was that these companies would still be able to compete and make a profit on the open market—thus, “no charity”.

So, he set out to find the right partners. To his surprise, companies were not eager to join with him. A lack of vision and adversity to taking a risk led company after company to say no. In fact, over 6 years, more than 200 companies declined his partnership offer. Dr. Nakamura’s vision and purpose was so strong that he persisted though the numerous denials. Finally, in 1971 JSI established a partnership with their first company, eventually developing joint ventures with eight companies and inspiring other organizations to develop similar partnerships.

JSI has fully embraced Lean and the kaizen thinking–way but with a twist. While many companies might embrace Lean and kaizen in order to improve productivity, decrease costs, and improve profit, JSI is true to the spirit set out by Sakichi Toyoda many years before: to uncover the latent capabilities in people. It is waste and burden that ultimately keep capabilities hidden.

In JSI companies, kaizen is focused on how to make processes workable by people with limited mobility, dexterity, stature, and mental acuity. The extensive development and use of jigs and fixtures to assist workers allows them to maximize their capability.

The company we visited, which makes many forms of electronic sensors, showcased many aspects of Lean. For example, they demonstrated highly flexible production lines that adjust to changing demand and product mix with machines that are easy to move for cleaning and production flexibility. Their visual management system is advanced and covers the details of safety, quality, productivity, and people development. One of the most impressive accomplishments is the incredibly successful way they engage their employees in kaizen, averaging more than 70 improvements per employee per year. Their relentless focus on 3-S principles drives their kaizen efforts.

Our guide during the visit, Mr. Arai Hiroaki, who himself uses a wheelchair, made a comment that stuck with the participants and prompted deep reflection for many in our group. He said that, in Japan, before JSI, people like him were considered to be already dead. Many of us in the group, myself included, were shocked that people with disabilities had not had the chance to contribute.

Dr. Nakamura had the powerful idea that people with a disability should not feel as if they were already dead but that they should feel alive and live a full life. He saw the potential for everyone to contribute at higher levels regardless of limitations. This idea, combined with the Lean production thinking and methods adopted by JSI companies, has contributed to the awakening of Mr. Hiroaki and his many colleagues.

What observers of these great companies don’t see are the layers of systems that leaders have developed over the years that help each person reach their potential. The work system, management system, leadership system, development system work in the background to unleash the latent capability of the people. It is the job of leadership and management to establish these systems then hire the right people to work in imperfect processes and to improve the imperfect processes in the endless pursuit of improvement. Dr. Nakamura and Sakichi Toyoda both understood this and worked passionately to help create the conditions so that more people can contribute at a higher level.

Other companies, thinking they are copying great companies like Toyota, look to hire or develop “superheroes.” For example, one company I visited had what they called, a “super welder” who worked with three times the quality and productivity of other welders. Another company had what they called a “super packer” that could get three times more items ready for shipment than the other packers.

After a brief look at both “super” people it was easy to see that what they had done, on their own and without a formal kaizen process, was implement several improvements to help them become more productive. Management in these two companies didn’t see it as their job to develop standard processes that could be shared by all and improved by all. They were more impressed by having “super” people and believing that what made them such high performers couldn’t be shared; it was just part of their DNA.

Who is a “superhero” in our companies? Is it the person that can outperform nine others by three times? Or is it the person that can improve a process by 10% and then share that improvement with the 9 other people, and then do it again and again? Is it the leader that sees it as their responsibility to help everyone in the organization become better by establishing the systems and processes necessary for continuous improvement to thrive and thus unleashing the latent capability of the other nine, or 99 or 99,999 people in the organization? I know I will look more closely for the people that lift the nine others.

Lifting the team so we can perform like superheroes is a worthy goal. The impact this can have on groups and individuals is tremendous. I like the way one senior executive participant in our group put it after leaving a JSI company tour. He reflected on his company and asked himself “What are we doing? We have so many advantages, yet we are working at such a low level of our potential compared to what we just saw. How can we be as good as this company? How can we have a similar impact in our country?” These are questions we should all ask and answer for our organizations. 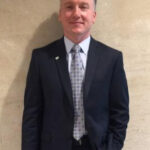 Darril Wilburn was a leader in the development and implementation of some of Toyota Motor Manufacturing’s highest profile leadership development programs. Darril led the Toyota Way 2001 (Toyota core values and principles) implementation at Toyota’s largest manufacturing plant in North America. Darril worked with The Toyota Institute in Japan to develop the…

Making the World Better by Advancing Lean Thinking and Practice