The Lean Post / Articles / Is my crazy new boss right that applying standardized work is the foundation of lean?

My new boss is a lean fanatic crazy about standards. He’s created a new team to audit standards and is telling us that applying standardized work is the foundation of lean. It’s creating a lot of resistance, and I don’t know what to make of it.

Oh no! Not another pointy-haired boss! Or Ohno! Without standards there can be no kaizen. This is a classic Necker cube problem. Do you see point A at the front or the back of the cube? 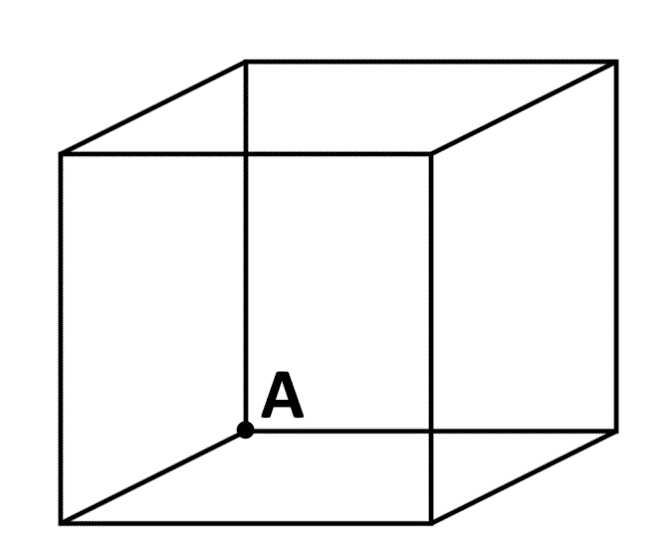 Now look again. Where is it now? The image shifts constantly – front-back-front – but never somewhere in the middle, just like the understanding of “standards.”

Ask any Toyota manager and they’ll say: From team leader to group leader up to assistant manager your main job is maintaining visualization and standardized work. The question is what do they mean by standards. There are two widely different takes:

According to whether you adopt one point of view or the other, you’ll end up in very (I mean very) different places.

Let’s go to the gemba. A few weeks ago I attended a conference which I hoped would be instructive, inspiring, and fun and in the end sat through messy boring presentations. The speakers had things to say – but no idea on how to communicate them. They had no standards. What would be a presentation standard?

Having a standard in mind before doing the job often makes the difference between success and failure. But it’s only a starting point – you still have to perform.The first point about such a presentation standard is that I always fall short. I was running a one-day masterclass yesterday and started by ignoring my slides for an hour during the intro as I chatted with the audience and told a story. I knew what I wanted to tell them – lean is seeking the continuity of customer satisfaction through the voluntary participation of everyone in quality, flexibility and cost improvements – but had been so lost in lining up an argument I’d missed out on the storytelling.

Having a standard is not a rigid constraint. It’s the opportunity to hone my presentations skills, all the more so since as a writer, I’m not a natural speaker (I’d rather go to the dentist than talk to people). Falling short of the standard, I can quickly see where I went wrong and try to correct it, or do so at the next presentation I prepare and so on. This way, my understanding of presentations deepens and improves – until I forget about standards and then rush slides and then find myself in a tight spot and think, “Damn, I forgot my standards.”

Such standards are a starting point, not an endpoint. Taking the time to have my ideal presentation in mind before jumping into writing slides will make an incredible difference to the presentation. This is true of any work. Having a standard in mind before doing the job often makes the difference between success and failure. But it’s only a starting point – you still have to perform. Every presentation will still come out differently from what is expected. You will encounter unusual situations. Standards are a guide, reference points, not a straight jacket. Sometimes you get unexpected creative ideas which are the basis for kaizen.

The point is that my adoption of presentation standards has to be voluntary. No one can make me. Imagine if my boss told me to clarify my main point, have a story to tell, highlight takeaways. If I trusted her and wanted to succeed, I would. If I didn’t I’d do it reluctantly, not put my mind into it and end up with a travesty of a good presentation. Now imagine that my boss has someone audit how well I followed the standard – how would that make me feel?

A further point is that my presentation standard is a presentation standard, not a natural law. There are far better presenters out there, and they have other standards. For instance, many star speakers start by presenting a puzzle to the audience such as: “You catch your organization hiding some wrongdoing. You can blow the whistle and go public and get punished or you can stay mum and tacitly condone – what do you do?” I tried it. It never worked for me, but I’m certain it’s a great idea to draw the audience in – I just have never found a way to make it work – back to the specific knowledge points.

Absolutely, visualization of work and knowing standards is the starting point of thinking lean because it will make waste appear. But people have to want to do it – you can’t force it on them. If not the learning benefit stops and what you get is passive-aggressive behavior and sabotage. They’ll do it, but in a way that defeats the purpose.

The lean way is first creating a consensus on the problem we need to solve: we need to agree that we should make riveting presentations. Then we need agreement that having a presentation standard is a good thing. Next we need to agree on the standard we’ll follow. Finally we need a “bad news first” easygoing conversation about the issues we’ve seen or encountered in the presentation. And a firm NOT GUILTY approach.

On the other hand, enforcing standards through audits without any of the previous prerequisites is certain to create resentment, as you say, and not have at all the expected benefits other than giving the new boss a fake sense of control.

… But at Least I Don’t Suck

The whole point about standards is basic professionalism – getting the job done well – to have a chance to aim at greatness – doing the job brilliantly – by having kaizen ideas. I have to confess I don’t present enough, or like doing so enough, to engage in real kaizen. As a result, I’m a competent speaker, but not more. But at least I don’t suck – to that extent standards work. On the other hand, trying to improve without standards is just plain silly – you don’t know what to improve, or how to have conversations with others about it. Any discussion will be too general and vague and not actionable.

To answer your question, it all depends on your boss’ motivation. Are they genuinely trying to help you all figure out difficulties to help them resolve them and grow the team in performing better? Or are they trying to enforce generic best practices to show who’s the boss and make everyone average – but not get blamed for poor performance since they’ve done what they’re supposed to do. Their a priori beliefs about standards make all the difference – and they’ll take you down different paths. What is it going to be?