From the LEI senior executive series on Lean Leadership

What follows are perspectives from Dan Ariens, CEO of Ariens Co. in Brillion, WI. Ariens makes snow blowers, mowers and string trimmers, and has been producing outdoor power equipment since 1933. Ariens is one of only four CEOs in the company’s history, including his great-grandfather Henry Ariens and father Mike Ariens. For more information about the lean transformation at Ariens, read the LEI Success Story on its intern program, “Making Lean Leaders.”

LEI: What was the business reason for launching a lean transformation?

Ariens: We had a serious financial, cash-flow crisis. As we looked around at the opportunities and learned more — this was in the late 1990s — it became clear that the best thing for us to do was learn more about this stuff that people called “lean.” That was the way this got launched. I was appointed CEO in 1998, and we had piles of inventory, both work-in-process and finished-goods, that we had prebuilt assuming a forecast was correct. We’re a very seasonal and weather-related business, and, frankly, at the same time our product line was a bit dated. We needed a new product lift, which wasn’t available to us at the time. We really started this whole process by shutting everything down and stopping the build of inventory. We had over a year’s supply of inventory — hardly a turn.

[Having spent 12 years in the business, including managing in Brillion and after managing the acquisition of Gravely Company in North Carolina], I came back to Wisconsin. I knew the mess I was walking into. In those prior years managing the plant, we were a pretty good learning management team. We were trying to learn the tools from the [Richard] Schonberger book, World-Class Manufacturing (Free Press, 1996). When I took over manufacturing here, I didn’t know enough. I didn’t know what I didn’t know, and I read and I listened to people who actually worked on the shop floor and made lawnmowers for us. So when we looked at our horizon in 1998 and thought about the Schonberger book and world-class manufacturing, I thought that’s where the tools were that we needed to deploy.

At the same time, I cleared the deck of all our leadership. I changed out three senior executives and 15 managers. I had about 30 people reporting directly to me, which included the lead foreman. I had everyone in the plant reporting to me, and we started to rebuild the management team and leadership team. One of the first guys I brought in who made a difference was our [then] Vice President of Manufacturing, Jeff Hebbard. As he was getting closer to sorting out the problems and we were talking about world-class manufacturing, he said, “I’m reading about this stuff called,lean.” It sounds a lot like [Schonberger], except the tools are a little bit more defined. There’s some clarity now on what we’re learning about but did not have details.” So the [Jim] Womack books and those things, we all dove into them.

I always said, “We had to change the people or change the people.” I don’t like using that [phrase] anymore, but at the time in a massive transformation, that’s really what it was about. If you didn’t get it or take the time to learn it, we were going to have to find someone else to lead. 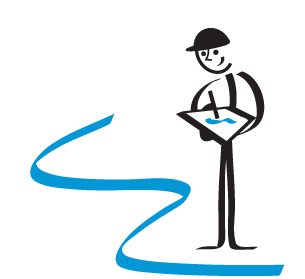 LEI: What were your major challenges, and what did you do about them?

Ariens: Staying on course and when we made some improvements sustaining the improvements were the hardest. We found out that being able to sustain came back to having the right people, whether it was the lead assembler, the foreman, director, or vice president. All those people [had to be] committed to the sustaining portion of driving waste out — sustain it and go to the next level and take more out. Getting the culture driving for that was probably the hardest thing. That will always stay and remain the most difficult thing.

LEI: What did you find that you had to change about the way you manage and lead the organization in order to get the results from the transformation?

Ariens: I’m trying to be humble here, but I don’t think my style had to change much. I do think the former leader before me was very autocratic, and I don’t think he trusted his team and didn’t let them fail and regroup. And that is the kind of style I use.

I didn’t have to change the style I use, I just had to get people who could follow the lean tools, employ them, and get people to work with them. If I have a major weakness, it’s that I’m much more strategic and much more big picture. Lean requires people to be close to the details, right down to the fourth decimal point. That’s where I have a weakness. Having people around me that are good and strong in details, and drilling into the tools and making sure we use them all the time — I make sure I have those people around me because they cover up my weaknesses I’ve always tried to find and hire people smarter than me. … I think every one of the executives that reports up to me has strengths covering up my weaknesses.

LEI: Have you found it necessary to make any organizational structure changes?

Ariens: We’re about 10 years into our transformation. I would say about three steps along the way to get to the next level we had to make leadership changes, and I’ve done it both at the executive level and director level. I’d say today we’re more stabilized because we have a leadership and executive team that really does get it. There isn’t anyone faking it anymore. We’ve weeded that out. People understand [how to deal with issues as they arise].

For example, we’ve waited a long time to look at enterprise resource planning tools or IT software. I’ve always felt that IT was a way to pave the cowpath, so if you don’t have a nice straight process line, why intellectualize it or why put hard code into it. So 10 years into lean we’re starting [with ERP. Along with CFO Stewart Witkov we recently reviewed our installation process, and questioned why we’re not applying lean tools, particularly value-stream mapping.] “Why aren’t you using the tools on the general ledger design?” So it’s “Why, why, why?” And that’s our CFO doing that. There aren’t many CFOs who are going to challenge their IT staff to use lean tools, value-stream mapping, kaizen events, and 3Ps [production preparation process] to design software and code. Why would we not? My goodness, it’s so big.

LEI: What behaviors have you found that are important to drive the lean transformation?

Ariens: Human nature is what it is. People who have the right behaviors for lean are hard to find. I think it’s important to keep seeking out the right kind of people. And those behaviors are an open mind, a natural desire to learn, and never assuming you know it all. When you assume you’ve learned everything, I guess you’re just done. Your brain must shut down. But there are a lot of people [who say] “Been there, done that.” That’s a problem if people are stuck.

We just did succession planning where we rank all our people. It’s not a GE [ranking] where you “rank and yank,” it’s a development plan. Who are the people who are the best learners in the organization? Where are we going to take them and how do we make them a better leader? Maybe they’re a controller in accounting — maybe they’ll make a great leader in design or a good supervisor in the plant because they have the right attributes for leadership. Finding the right behaviors for lean is one of my key jobs, and making sure we’re always challenging those people to want to learn and encouraging them to go learn. That’s our last core value: encouraging intellectual curiosity. That’s driving a learning organization, one that wants to use the tools of lean, constantly looking for continuous improvement.