The Lean Post / Articles / Why does no one ask about production flow anymore?

As I read lean posts and papers, no one seems to have problems like this anymore, but I am trying to convince my manager that we have a bottleneck in the production process and that we should have two workstations in parallel to improve the flow. What would be the lean argument for doing that?

Ah. Hard to say without seeing the line firsthand, but the lean argument would probably be against doing that, and, rather, look more deeply into the work content. And you’re right this is a fun question that no one asks anymore – how do we improve production flow?

First, are we talking about just assembly here, or using machines to make a part – these are two quite different situations.

If it’s only assembly, the trick is to look at the work content of every operator station and create a “yamazumi” chart. Here’s one from AIO’s karakuri assembly cell (done by the team members themselves): 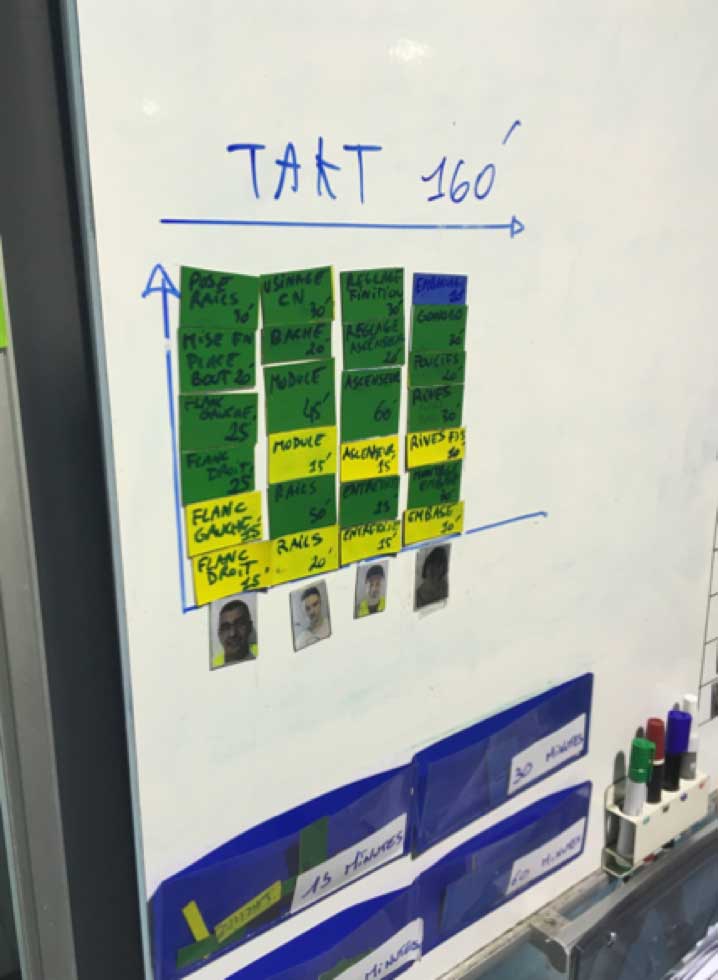 Each position is broken down in basic operations, which are then piled up to reach takt time. The team leader is then tasked to:

Now, obviously, the place to start is counting defects and rework since they introduce the most variation in the total cycle time.

Start with the Problem, not Flow

Many people start with wanting to improve the flow but that’s not always a good idea. For instance, in this case, we see the takt time is 160 minutes, something like two and a half hours. Here, team members are assembling complex equipment, so yes, stepping away to the racks surrounding the area is “muda,” but with small impact on the overall work content variation. As long as they have everything they need at hand somewhere in the area (as opposed to waiting or going looking for a missing component), where they stand doesn’t really impact the work content – contrarily to rework when they hit a snag and struggle with a specific assembly operation.

On the other hand, if the takt time was below one minute, as can happen in many operations, then every single movement creates variation in the cycle time and we’re back to looking at foot movement, hand movement, eye movement in order to improve the layout to improve the flow, as you can see on a car line (look at 1:40 onwards): 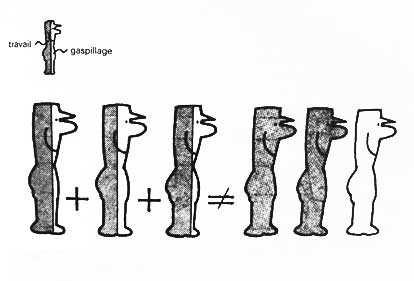 The message here is don’t get carried away by the chute in your mind that will take you to optimize the flow – ask yourself first what is the problem you’re trying to solve and start with variation in cycle time.

In this case, if one position is a bottleneck, 1/ figure out what part of variation causes the bottleneck. Chances are there is one tricky operation in the lot that needs to be simplified for the team members and 2/ rebalance the workload of the line to takt time.

Two Products on the Line

This gets even more interesting when you reach the lean grail, the magic moment, of introducing a second product on the line and still have to produce at takt time in sequence!

The second case involves machines – in order to make the part, team members have to load and unload automatic machinery or robots. In this case, what we’re after is a chaku-chaku line.

Let’s look at this example: https://www.youtube.com/watch?v=EliuHFuAg_g

It looks like the operator is assembling one complete product from start to finish, but in fact, she is taking a new component each time. Basically, she takes the component the machine has delivered (and which is waiting there) and loads it into the next machine, takes the next component and moves it forward and so on (in fact, often working the other way around than the product’s natural assembly cycle because of loading/unloading issues).

In the case of automatic or semi-automatic machines, the real difficulty is making machines that fit in a continuous flow line. Most machines, because of the technical process itself, are not designed that way, and indeed, even in a Toyota plant, you can find welding stations with robots where the operator loads and unloads the parts and then slides the finished part to the next station for an operator to handle.

Here is another chaku-chaku line with a lower takt time, several operators, and larger machines:

But in any case, going all the way back to Ohno’s teaching, the fundamental lean idea applies: muda needs to be concentrated into one full position for real gains.

Which mean that we do all we can to avoid isolated workstations, because whatever progress we make by taking out waste still can’t be turned into productivity improvement (this is particularly true in the case of complex semi-automated lines with long conveyors). 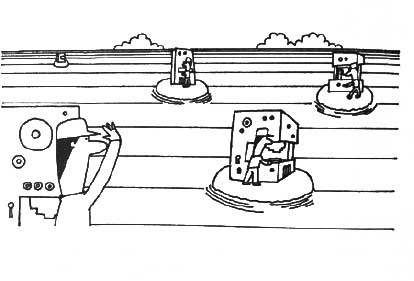 You can’t always avoid it as you’ll see at 2:47 on the Camry production line, where a team member is preparing the dashboard, but this should always be an opportunity for hansei – how can we avoid isolated islands?

The Fordist counter-argument is that if we have a large line with a few operating positions scattered through it, the human cost is not that big and won’t matter, but that’s just plain silly from a lean point of view. Production is there to teach us to design better lines, where the person is always leading – the person makes the part, even if assisted by a huge machine. In this sense, it’s essential to have all operators together, to look for real productivity (same takt, one less position) through kaizen, to design more effective automated lines in the next generation.

Unless I’m missing something obvious in this particular case, I can’t see how having two operator stations doing the same work in parallel can be a good idea – but I’m curious to hear more about it. In any case, thank you for the question! Lean applications have now gone so far afield we seldom have the opportunity to go back to the basics and discuss line design for built-in quality, volume flexibility, and mix flexibility as we used to!